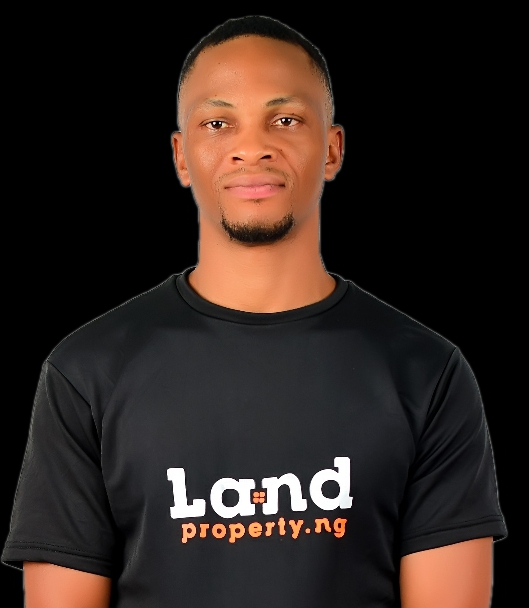 10 Factors To Consider Before Buying Land In Ibadan,  By DENNIS ISONG

In 2001, Mr. Ade bought a plot of land in a place in Ibadan called Aduloju village. Little did he know that the land spelled trouble for him. The first problem he encountered was some people coming to claim ownership.

In the process of dragging the issue, he got to know that the person that sold the land was not supposed to and some of the documents being given were fake. He had to pay twice as much to the people that approached him just to retain the land. As if that was not enough, a few weeks after which construction had already started, soldiers from the barracks (cantonment was close to the area) laid claims to the land.

Instead of having a peaceful conversation, they resorted to dehumanizing any site worker found by beating the daylight out of them. This got people scared of coming to the place. Eventually, after 3 years of battles and back and forth, also parting with some money, it was resolved. Now imagine the physical, mental, and financial stress Mr. Ade went through.

Ibadan is almost becoming a bustling city like Lagos. People have migrated tremendously to the city over the past three years and it’s beginning to wear out a good shape of its economy.Ibadan is known as one of the most notorious cities to buy lands accompanied by so many troubles. But you can still get a trouble-free land if you follow some steps.

These steps might be stressful, nonetheless, better than the stress that comes with a controversial landed property.
I would highlight some of the steps you ought to take.1.Be sure it’s not owned by soldiers.Some lands close to the army barracks are always claimed by the army. Yes, you may see people build on it but sooner or later, it becomes a great problem. Some houses in this category have been demolished over the years. One of the important things to do is to make enquiries if the army barracks is not close to such area. If it is, there is every possibility that you also have a similar experience like Mr. Ade’s.

2. Pay attention to the topography, so you don’t buy a land where it becomes a pain in the ass during rainy season.
Another thing you need to put into consideration is the topography of the land. Some areas are swampy and highly flooded during raining season. You may not find out if you are buying the land when there is no rainfall yet.
If you are buying the land to build on it, find out how it is when it rains. Lands with this kind of issue are being sold to unsuspected buyers in Ibadan which becomes a pain in the neck as time goes on.

3. Ask For The Family Involved. This shouldn’t be ignored if you are buying a land in Ibadan. There is every possibility that the land you are about to buy does not belong to the people you want to buy it from. The only way to know this is when you are being attacked for building on their land just the way they did to Mr. Ade.
This is common in Ibadan and many have fallen for it and could continue if some steps are ignored in the process of buying a land.

4. Family dispute in the past. Investigate if there has never been a family dispute in the past concerning the land.
It is no news that land dispute exists in 2 out of 5 families. In the heat of this fracas, some unscrupulous humans may want to seize the opportunity to sell the land. This is one mistake you can make if you have not done your due diligence.
Eventually, you either leave the land after so much struggle or keep paying a fee that was not in any way involved during the transaction. Some cases have been recorded of people eventually abandoning the land after paying so much because the dispute doesn’t just get resolved on time and the families were beginning to go metaphysical concerning it.

5. Require that they give you a complete document. Of all the steps to take, this is the most important. Don’t just ask for the documents and rest, track them down to the state secretariat for verification or show a lawyer to confirm their authentication. Fake land documents fly around which you may not discover on time and that can cause you to lose the land in the long run.

7. Verify from the secretariat if land is genuine.This verification is vital. Like what Mr. Ade experienced, you may experience same if you are not sure about the rightful ownership to the land. Some lands belong to the government; some are not supposed to have any form of structure, while some are on the major road but you’d not know until a road construction is done. This happened to many house owners during the past regime of the late governor Ajimobi. You can only be sure if it’s genuine by confirming from the secretariat or town planning office lest you make mistakes.

8. Start building on it immediately.This is in form of claiming ownership. Any land in Ibadan that doesn’t have any structure is easily resold. And don’t be surprised if it’s being resold by the same set of people you bought it from. We have enough cases of land being sold to more than 10 people, so you can’t afford to leave the property unattended.

9. Put a warning in form of a signpost on the land.Just like the signpost to warn you against buying a property from 419, it is advisable that you also do the same. It doesn’t make it 100% safe, nevertheless, it would still go a long way in safeguarding your property from land thieves.

Do not buy a land that doesn’t have its papers complete. Most Ibadan land sellers would try to convince you that it’s nothing, please, do not succumb to their conviction and false claims. In order to avoid this stress, it is highly advisable to buy from a property company and not just any individual.

Also, make sure the size of the land on paper is accurate in existence before buying a land.

Dennis Isong helps individuals invest right in Real estate. For questions on this article or enquiring about Real estate. Email: Dennis@Landproperty.ng or Whatsapp/Call +2348164741041