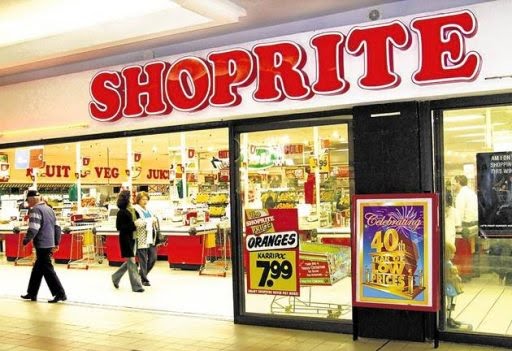 For second time in one week, a Federal High Court, Lagos, has refused to hear Shorite Checkers (PYT) application, seeking to lift injunctions restraining them to move out of the country, over alleged debt of $47 million USD.

The court presided over by Justice Nicholas Oweibo, had on last Tuesday, refused to hear same application brought before him by Shoprite’s counsel, Mrs. Funke Adekoya (SAN), on the ground that there was no any existence urgency to hear the application.

At court’s resumed sitting today, another lawyer, Adedapo Tunde Olowu, again appeared for Shoprite’s Checkers (PYT) with an exparte motion to hear an application seeking to vacate an injunction restraining the largest groceries store in Africa.

Adedapo told the court that his application is supported with six paragraphs affidavit, three exhibits and a written address dated and filed on September 2, 2020.

He told the court that the order sought for in the exparte motion was urgent as the restraining injunction has crippled his client’s business.

Adedapo also told the court that since the judgment creditor, A.I.C Nigeria Limited got the injunction by exparte, that is the reasons its client approached the court by exparte.

Upon hearing the Adedapo’s submissions, Justice Oweibo held that: “I have gone through the exparte application, attached exhibits and the written address.

It would be recalled that Justice Muhammad Liman of the same court had sometimes in July, stopped Shoprite Checker (PYT) from exiting the country over alleged $47 million USD debt.

Justice Liman made the exparte order while granting an application filed be a limited liability company, A.I.C. Limited, in a suit marked FHC/L/CS/881/2020.

Others affected by the order alongside Shoprite Checker (PYT) are: Retail Supermarket Nigeria Limited, The Registrar of Trademarks and National Office for Technology Acquisition and Promotion (NOTAP), listed as second to fourth respondents in the suit.

A.I.C. Limited through its lawyer, Prof. Taiwo Oshinpitan (SAN) had approached Justice Liman’s court through an exparte application for an order of Mareva Injunction restraining Shoprite Checker (PTY), described as a Judgment Debtor, its privies, officers, nominees, successors-in-title, subsidiaries or anyone acting through it or by it from transferring, assigning, charging, disposing of its trademark, franchise and intellectual property in a manner that will alter, dissipate or remove these non cash assets from the court’s jurisdiction.

The applicant, which described itself as judgement creditor, had also asked the court for an order of Mareva injunction restraining Shoprite Checkers (PYT) its privies, officers, nominees, successors-in-title, subsidiaries or anyone acting through it or by it from transferring, assigning, charging, disposing of its other assets including but not limited to trade receivables, trade payables, payment for purchase of merchandise within the jurisdiction of this Honourable court.

It also asked the court for an order of Mareva Injunction restraining Shoprite Checker, its privies, officers, nominees, successors-in-title, subsidiaries or anyone acting through it or by it from transferring, assigning, charging, disposing of its other assets including but not limited to trade receivables, trade payables, payment for purchase of merchandise within the jurisdiction of the Court.

The applicant also requested for an order restraining Retail Supermarket Nigeria Limited, from making any financial payments whether by itself, privies. officers, nominees, successors-in-title, subsidiaries or anyone acting through it or by it to Shoprite Checker under the Administration and Technical Services Agreement between the Shoprite and it, in order not to render the Judgment of the Court of Appeal in Suit No: CA/L/288/2018 nugatory or the anticipated judgment from the Supreme Court in the appeal filed by it.

It further asked for an order of the court compelling and mandating the Retail Supermarket Nigeria Limited, to disclose its Audited Financial Statements for the years ending 2018 and 2019 to enable it determine the amount of the Shoprite Checker’s funds in its custody in order to preserve same in satisfaction of the judgment of the Court of Appeal in Appeal No: CA/L/288/2018.

A.I.C Limited also asked the court to restraining the Registrar of Trademarks, from recognizing any sale or assignment of any trademark, franchise of whatever kind reflecting any transaction by either Shoprite Checker or the Retail Supermarket Nigeria Limited, in connection with the corporate existence or approving any pending royalty(ies), interest, management fee, trade payment for the Shoprite Checker Limited, of the anticipated judgment turn but not less than $12.4 Million US Dollars and 10% post judgement interest per annum of the subsisting valid judgment debt.

The applicant also asked the court for an Order compelling and mandating the fourth Respondent (NOTAP) to disclose all pending requests by the Respondent for accrued payment in favour of Shoprite Checker, to be remitted outside Nigeria. And an order directing Shoprite Checker and Retail Supermarket Nigeria Limited, to maintain the status quo by preserving the terms of the Administration and Technical Services Agreement in order not to render the judgment of the Court of Appeal in this Suit No. Appeal No: CA/L/288/2018, nugatory

A.I.C. limited equally asked for an order directing the second respondent to file an Affidavit to show compliance with the Court’s Orders, within seven days of service of orders.

Justice Liman, after listening to the submissions of Prof. Oshinpintan (SAN) on the exparte application and affidavit in support, deposed to by one Joshua Oluwagbemiga Akinyemi, had granted to all the reliefs sought by A.I.C. Limited against Shoprite Checker (PYT) Limited and other respondents.