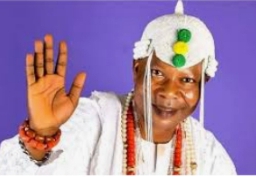 It would be recalled that Chief Magistrate Balogun had on February 11, ordered the remand of two suspects over their alleged role in the murder of the late monarch.

The two murder suspects earlier ordered to be remanded for 30 days were; Lukman Azeez and Abiodun Sanyaolu.
Chief Magistrate Balogun upon granting the remand order of the five murder Suspects for 22 days, in consolidation to the earlier order granted.

The matter has been adjourned till March 11, for report of Investigations.

All the seven suspects and other still at large, according to an affidavit attached with the motion Exparte and sworn to by  on Adeyemi Akeem, an Assistant Superintendent of Police (ASP) attached to Zonal Monitoring Unit, Zone 2, 0nikan, Lagos, are being investigated on alleged conspiracy to murder late Oba  Odetola Olajide Ayinde, the Olu of Agodo Town, arson, and attempted murder