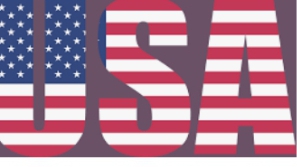 6 Nigerians Blacklisted By US For Sponsoring Boko Haram

The United States has sanctioned six Nigerians for their support of the terrorist group Boko Haram.

The U.S. Department of the Treasury’s Office of Foreign Assets Control (OFAC) added Musa, Adamu, Yusuf, Isa, Alhassan and Muhammad to the list of Specially Designated Nationals and Blocked Persons, pursuant to Executive Order 13224, as amended, for having materially assisted, sponsored, or provided financial, material, or technological support for, or goods or services to or in support of, Boko Haram.

The statement reads: ”Today’s action follows the United Arab Emirates’ prosecutions, convictions, and designations of these individuals for supporting terrorism. The Department of State designated Boko Haram as a Foreign Terrorist Organisation and Specially Designated Global Terrorist organisation on November 14, 2013.

“The Nigeria-based group is responsible for numerous attacks in the northern and northeastern regions of the country as well as in the Lake Chad Basin in Cameroon, Chad, and Niger that have killed thousands of people since 2009.”

The UAE Federal Court of Appeals in Abu Dhabi convicted the six individuals for transferring $782, 000 from Dubai to Boko Haram in Nigeria. Adamu and Muhammad were sentenced to life imprisonment for violations of UAE anti-terrorism laws; Musa, Yusuf, Isa and Alhassan were sentenced to 10 years in prison, followed by deportation. The designations will prevent these individuals’ funds from being used further to support terrorism.

All property and interests in property of the individuals and of any entities owned, directly or indirectly, 50 percent or more by them, individually, or with other blocked persons, in the United States or in the possession or control of U.S. persons, must be blocked and reported to OFAC.

Also, engaging in transactions with the individuals entails risk of secondary sanctions pursuant to E.O. 13224, as amended.  Pursuant to this authority.