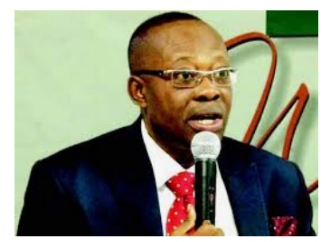 Abia’s Too Many Dramas, By Dr. Monday O. Ubani

Theodore Orji, former Governor of Abia State was said to have been arrested at Abuja Airport yesterday by EFCC over alleged billions of naira of Abia resources he and his cohorts, including his son Chinedu Orji squandered while he held sway as the governor of the State.

This development is not the first, as he and his son had been previously arrested and released under questionable circumstances despite sufficient evidence provided by EFCC in press releases. Till date, no charge has been preferred against him and his son despite the sordid revelations of their findings.

EFCC under Magu remained mute over the saga of T.A. Orji and son until he was booted out disgracefully recently.

Many Abians including my humble self have raised posers to EFCC on their grave silence concerning alleged stealing of T.A. Orji and his cohorts despite widely publicised evidence they provided with account details.  Were these revelations lies?

I had to go to court seeking their intervention to compel EFCC to prosecute T.A. Orji and his son for the alleged misappropriation of Abia’s funds  in the light of the evidence they provided to the public after their investigation.

In a ruling delivered on the 22nd of February, 2021 Justice I.E. Ekwo struck out my application on the ground that I lacked sufficient interest to file the application despite my evidence that I am a human rights lawyer, anti-corruption crusader with a mandate of promoting transparency,  accountability and exposing corrupt and fraudulent practices in government and most importantly that I am a legal practitioner and an Abian who has been adversely affected by the alleged fraudulent activities of the governor and his son.

The Federal High Court judge Abuja was unmoved by these facts as averred by my humbleself and struck out my application for mandamus.

I have proceeded on appeal over that ruling, believing that EFCC will wake up one day to demand accountability from T.A. Orji whose handling of Abia finances as the governor had remained questionable and unsatisfactory.

The news of the arrest yesterday was greeted with excitement by those Abians who demand that Theodore Orji should give account on  why Abia State remained retarded when he was the governor of the State despite huge sums of money his government squandered.

The story of Abia is known to Abians and non-abians and does not deserve too much elucidation here. It remains the worst governed State,  and TA Orji has refused to allow Abia develop like other states surrounding the state in the East. A visit to a neighbouring State like Ebonyi that does not produce oil as Abia will throw any sane Abia into uncontrolled mourning. Abia’s state is pathetic!

The sad path is that despite the fact that every national newspaper worthy of its status and some notable bloggers have broken the news of TA Orji’s arrest, all the bloggers, radio, television houses and newspapers in Abia have all taken sleeping tablets over this story. They are whispering the story in their offices but not READY TO INFORM ABIANS OF THIS STORY. I weep over Abia.

It is saddening that an Abian will be bold to criticise President Buhari, will be  ready to call others names and be ready to analyse and spew out all manner of blames and criticisms against other people,  but will develop “mouth cancer” and go mute on social media when the alleged stealing and infractions of the law involve TA Orji and his son, Chinedu. I am aware that they are afraid of their lives and do not want to suffer any discomfort, blacklist and blackmail. Sad!

If your radio station and television house are not bold enough to report the arrest of TA Orji and his son because you are afraid of your life, you have no reason to hold unto  that license you are given to inform, educate and hold government accountable as granted you by the 1999 constitution. Return the license immediately as I AM ASHAMED OF YOU ALL, COWARDS!

As for EFCC, I will never believe that EFCC and by extension this government is fighting corruption until TA Orji and his son are arraigned and prosecuted for the alleged misappropriation of Abia’s finances. I will not be surprised or shocked if tomorrow it is reported that TA Orji and his son are  released without any formal charge or arraignment. I am aware that there will be a telephone call, directing that they should never  be touched or tried. It has happened before and may happen again.

“Conscience is an open wound, only truth will heal it”. One thing I am sure as a child of God is that no evil done by any man against his fellow man or against God will go unrewarded. THERE MUST BE A DAY OF ACCOUNT, NO MATTER HOW LONG IT TAKES  WHETHER HERE ON EARTH OR YONDER. Giving account of God’s own State resources  is inevitable. I am a keen watcher of this drama and how it will end.