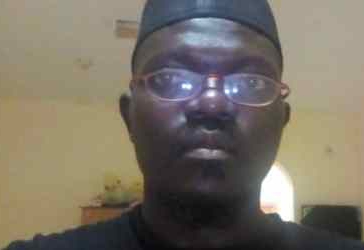 Nigeria is in a state of avoidable crisis and among major contributors is the failure or inability of the Civil Society Organizations to provide genuine alternative leadership to the expectant masses which subsequently made the like of Sunday Igboho and Nnamdi Kanu accidental heroes.

Many were recently aghast and completely taken aback at the inhuman reaction of one Chief Sunday Igboho, a self-acclaimed Yoruba self-determination leader, to the bereaved family of the General Overseer of the Redeemed Christian Church of God (RCCG), Pastor Enoch Adeboye over the death of his son Pastor Oluwadamilare Temitope Adeboye, the third child of the G.O, who died at age 42 on 4th of May, at Eket in Akwa Ibom State, where he was based with his family and buried on Tuesday 11, May in Lagos.

The expressed amazement of many Nigerians to Sunday Igboho’s response revealed how uninformed many are to the reality of the Nigeria social circle.An average informed mind could not have expected a better reaction from a character like Igboho and those within his mental and psychological frequency of operation, and this include the likes of Nnamdi Kanu and other similar characters. These characters became accidental heroes due to the failure of critical civil society movements to provide genuine platform and alternative leadership to the ordinary people which put the people in a state of hopelessness to the point where the likes of Nnamdi Kanu and Sunday Igboho now became messiahs overnight.

There is no doubt the fact that the nation is facing some serious challenges especially on security amongst others, but the untainted rascality of these guys should never even be seen as a last alternative because they lack the least knowledge of understanding the sociopolitical realities of the Nigerian society, but came only as opportunists.

Who are even these characters in discuss? Their background could only be traced to political instruments of ballot box snatchers among other dirty jobs for some selfish political elites. Even their utterances and actions now can still not be divorced from same history with greedy elites to settle certain political scores, especially now that 2023 election is approaching with some permutations yet unresolved.

A Sunday Igboho from this background just dare the state on an issue and suddenly became an accidental hero. Some people seize the opportunity and began to package the agenda of superficial “Oodua Republic” all for selfish interest.

The self promotional package was even corroborated recently with some incredible narrations of a Tom & Jerry comedy of the DSS trailing him without success and the acclaimed attack on his residence by the state. All to claim a super hero that is too powerful for both the SSS and DSS to handle.

Chief Gani Adams in his genuine days of struggle, did far beyond what they are presently celebrating for Sunday Igboho. When Gani Adams was younger and even poor in the hard days of the military, his effort was clearly straight without any material motives and his sincerity clear and well recognized by all. It is very unfortunate what has befell the Yoruba communities that a character like Igboho became celebrated by innocent youths. All these is traceable to the absence of reliable alternatives.

In the worst days of Abacha, even when M.K.O Abiola was murdered and everyone across the country and beyond were annoyed, the Yoruba community was not that porous because there were vanguards.

There were people across the federation who were challenging oppression and all excesses of the government.

When the Civil Society was united and active, people rise with them with complete loyalty. That was in the genuine days of the Campaign for Democracy (CD); Civil Liberty Organization (CLO); Committee for the Defence of Human Rights (CDHR) among others. The mere hearing that Gani Fawehinmi will be on the street with Dr. Beko Ransome Kuti and other prominent personalities will automatically restore the hope of the poor masses. This gap must be filled to rescue the gullible masses.

I expected the Yoruba elites are wiser than this Igboho’s drama and should no doubt be clear on when to use and dump him. The recklessness of Sunday Igboho ordinarily deserves special arrest and prosecution, but the Yoruba elites wouldn’t allow that because that will automatically promote him more and make him a super hero who may likely take the control of ignorant masses from them.

This is the problem the eastern people are presently facing with the like of Nnamdi Kanu who has formed a parallel security force that operates beyond the control of even their local Obas (kings).The Yoruba elites are however smarter and advanced to have quickly formed Amotekun as an advanced security force. Any acclaimed Yoruba pocket security outfit like OPC among others would possibly never be given full financial support by the elites but only referred to partner with the advanced existing structure of Amotekun for any recognition.

The people in the Southwest should wake up and correct the porosity in which the separatists are presently desperately exploiting for a selfish end. The separatist agenda of these individuals as evident in the present Southeast reality, is gradually assuming an armed dimension resulting in restlessness and now adding to existing problems.

General report has confirmed that apart from the massive loss of lives and property, the violent campaign are beginning to have damaging effect on the socioeconomic development.

The present task before us is how to stop the act of misleading the innocent youths towards the promotion of anarchy in place of a revolution.

Comrade Buna Olaitan Isiak is the Executive Director of Human Rights  Monitoring Agenda (HURMA). He Can be Reached  Via-: +2348038040123;  humanrightsmonitors@yahoo.com