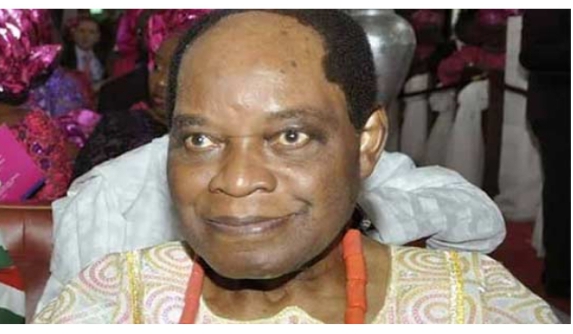 The Administrator of the Estate of late business mogul, Chief Sonny Odogwu, (and other companies associated to the late Mogul) have asked the Federal High court, Lagos, to decline jurisdiction on a suit filed by Access Bank Plc, seeking to take over the late businessman’s Project Finance property over alleged unpaid debt.

The Administrator made the application in a preliminary objection filed by his Counsel Anthony Idigbe SAN before the court presided over by Justice Daniel Osiagor, in response to the suit filed against them by the bank.

The Administrator, Kenneth (Kenny) Odogwu, alongside late Odogwu’s companies, Robert Dyson & Diket Limited and SIO Properties Limited, and The Registrar of Title, Federal Land Registry are the respondents/applicants in the suit filed against them by the bank and Siete Trading Limited.

Access Bank have dragged the respondents before the court in a suit filed by its counsel Mr. Kemi Balogun SAN and marked  FHC/L/CS/1955/2021, for an  alleged N50 billion debt.

The respondents/applicants in a motion on notice filed before the court are asking for an order dismissing Access Bank’s case or in the alternative striking out the suit for want of Jurisdiction.

The respondents/applicants said their objection to the suit was due to abuse of court process and that the plaintiffs lacks the locus standi to institute the Instant suit.

They also stated that the plaintiffs’ suit did not disclose any reasonable cause of action against them and that the court  had become functus officio in respect of the Judgement delivered in Suit No FHC/L/CS/156/2017 and lacks the jurisdiction to entertain the instant suit seeking to set aside the judgement of a Court of coordinate jurisdiction.

The respondents/applicants also stated that the entire plaintiffs’ suit is frivolous, vexatious, malicious, tantamount to abuse of the Judicial process, as it is an attempt to use the Court to perfect fraud. Adding that no leave of Court was obtained before the fling of the suit seeking to set aside a consent judgement.

They also stated that the action was commenced through a wrong procedure, as the subject matter of the suit is land, which is outside jurisdiction of the Federal High Court. And that there was no proper service of the originating processes on them.

Meanwhile, Justice Osiagor has fixed February 4, 2022, for hearing of all applications and the substantive suit.