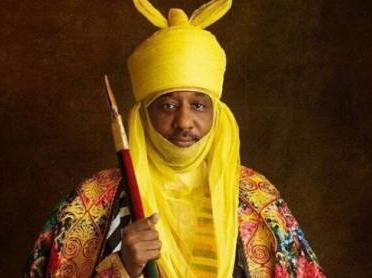 The development according The Nation newspaper, was sequel to the dismissal of the deposed Emir’s fundamental rights enforcement suit filed against the Governor Abdullahi Ganduje, Kano Public Complaints and Anti-Corruption Commission, its chairman as well as the Attorney General and Commissioner of Justice by Jstice Lewis Allagoa who presided over the court.

The former Central Bank of Nigeria (CBN) Governor will face fresh anti-corruption charges three months after his deposition after he resigned from the bank about six years ago.

Sanusi had asked the court to restrict the four defendants from investigating him on the alleged land racketeering, arguing the planned investigation was against his fundamental human right.

But Justice Lewis held that the anti-graft commission and its chairman had the jurisdiction and powers to probe Sanusi on the matter.

The judge had in March granted an ex parte order filed by Sanusi to restrict the commission from inviting and investigating him on the land matter pending the hearing and determination of the originating summons.

The anti-graft agency had invested on the embattled Sanusi a Right of Occupancy CON-RES-2016-503, which was reportedly sold illegally by the Kano emirate council to Family Home Fund Limited at the instance of Sanusi as the Emir.

The commission had claimed that all the alleged illegal transactions for the sale of the landed properties at Darmanawa, Hotoro and Bubbugaje belonging to the emirate was done by the trio of Shehu Dankadai (Sarkin Shanu), Sarki Ibrahim (Makanan Kano) and Mustapha Yahaya (Dan Isan Lapai) based on the alleged instruction of Sanusi.

The issue of the land racketeering suit came up again after the same High Court dismissed allegation of misappropriation of about N4.5 billion against the deposed emir.