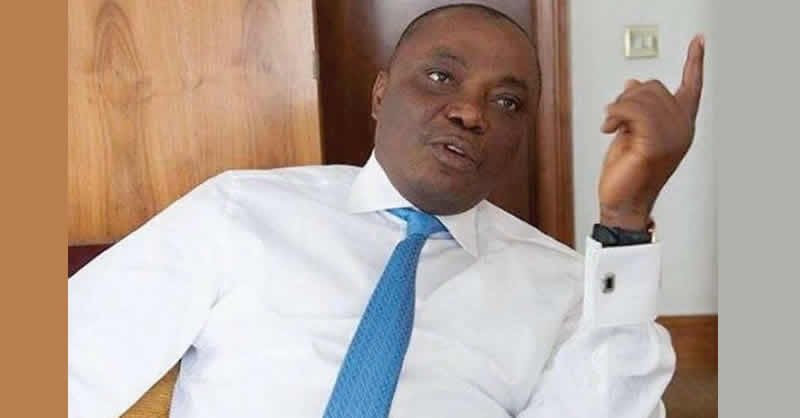 The scheduled continuation of trial of the Senator representing Delta North Senatorial District of Delta State, Mr. Peter Nwaoboshi, before a Federal High Court, Lagos, could not go on today, due to the absence of prosecution witness.

Nwaoboshi was charged with an alleged fraud of N322m by the Economic and Financial Crimes Commission (EFCC).

He is standing trial before the court on the alleged fraud alongside his two companies: Suiming Electricals Limited and Golden Touch Construction Project Limited.

They were charged before the count on charges of conspiracy and money laundering.

The EFCC, in the charges, claimed that Nwaoboshi and Golden Touch Construction Project Limited purchased a property known as Guinea House, Marine Road, Apapa, Lagos for N805m between May and June 2014.

The anti-graft agency claimed that N322m out of the N805m, which Nwaoboshi and the firm paid for the property, was part of proceeds of “an unlawful act, to wit: fraud.”

The prosecution said the defendants acted contrary to sections 18(a) and15(2)(d) of the Money Laundering (Prohibition) Act 2011 and are liable to punishment under Section 15(3) of the same Act.

Nwaoboshi and his companies had pleaded not guilty to the offences.

At the resumed continuation of the charge onnFriday, the prosecutor, Mr. Wemimo Ogunde (SAN), apologised to Court for the absence of his witness to testify against Nwaoboshi.

He consequently asked the court for a short adjournment, while promised that he will ensure the presence of his witnesses.

Responding, Nwaoboshi’s counsel, Emmanuel Muowa, while not opposed the adjournment sought for by the prosecutor, he however, asked the court to award a punitive cost against the EFCC for failure wasting the day for both the Court and the defendant.

Adjourning the matter, Justice Chukwujekwu Aneke, while declined in awarding cost against the EFCC, warned the anti-graft agency’s counsel ensure that his witnesses are in court at the next adjourned date.

Justice Aneke consequently adjourned the matter till  March 13, 27 and May 18.