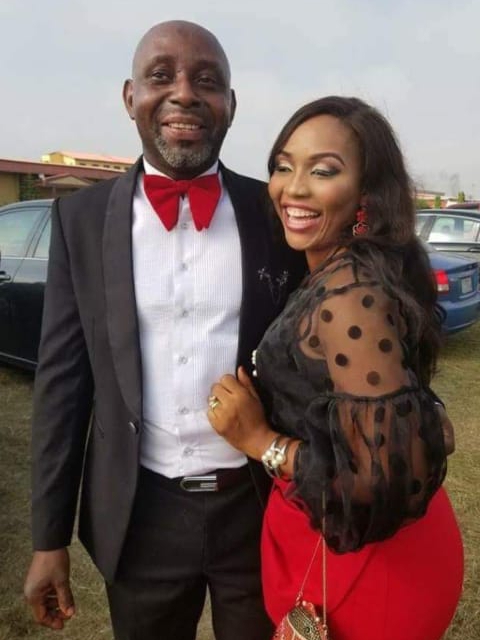 The Defendant & His Wife, Nneka

Justice Akintayo Aluko of a Lagos Federal High Court, further ordered the remand of an oil and gas marketer, Mr. Benson Royal Enyinnah, who was arraigned before the court till Friday, September 2, when the court will rule on his bail application.

The oil and gas marketer, who is also a Fellow of Chartered Institute of Taxation of Nigeria, was arraigned before the court be the men of the Police Special Fraud Unit (PSFU) Ikoyi, Lagos, on charges bordering alleged conspiracy, obtaining by false pretence and fraud of N87, 557, 600 million.

He was charged before the court alongside his wife, Nneka Glory Benson, said to be at large, and his companies, which he allegedly used to defraud his victims, in a charge marked FHC/L/451c/22.

Justice Aluko after taken arguments from the prosecutor, Mr. Henry Obiaze, who stood in for Mr. Chukwu Agwu, and the defendant’s counsel, Mr. Benson Ndakara, ordered that the defendant be remanded in the custody of the Nigerian Correctional Services (NCoS), till …., when he will deliver ruling on the bail application.

The court presided over by Justice Akintayo Aluko, made the remand order against the defendant, after he pleaded not guilty to the charges made against him

The police through Special Fraud Unit (PSFU), Ikoyi, Lagos, had the defendant alongside his companies and his wife, Nneka Glory Benson, said to be at large, before the court in ac charge marked FHC/L/451c/22, on charges bordering on conspiracy, obtaining by false pretence and fraud.

Arraigning the oil and gas marketer before the court, the prosecutor, Mr. Agwu told the court that the defendant, his wife, Nneka Glory Benson and their firms, between 2021 and May, 2022, conspired among themselves to commit the offences, under false pretence of supplying the fraud victims petroleum products.

Agwu told the court that the offences commited by the defendant contravened Sections 8 (a) and 1(1)(a), (b) and (c); of the Advance Fee Fraud and Other Fraud Related Offences Act, 2006 and  punishable under Section 1(3) of the same Act.

The defendant denied the allegations and pleaded not guilty to all the count charges.

Upon his not guilty plea, prosecutor asked the court for a trial date while also urged the court to remand him in the NCoS’ custody till the determination of the charges against him.

The prosecutor also told the court that the defendant’s counsel, just served him with bail application while in court and he needed time to peruse the application and file a counter.