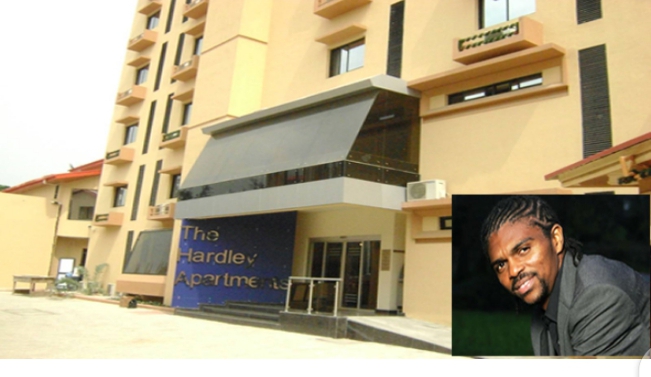 Joined as the second respondent in the suit marked FHC/L/CS/1635/2015, is Ayoola Gam-Ikon.

At the resumed hearing of the matter today, AMCON’s counsel, Jayes Ujah, told  Justice Chukwujekwu Aneke, that the matter was slated for trial, but expressed dismay over the absence of the counsel to defendants.

However, Justice Aneke informed him of the letter by the counsel to the second defendant, Mr. Clement U, which was given to him for perusal.

Upon reading through the letter, AMCON’s counsel conceded to the adjoumment sought for by the defendants’ counsel.

Consequently, Justice Aneke adjourned the trial of the suit till November 11.

AMCON had dragged Kanu’s hotel, Hardly Apartment alongside it’s Director, Ayoola Gam-Ikon before the court in 2015, in its bit to recover alleged debt of N924 million.

It alleged that the hospitality firm based in Victoria Island, Lagos and Gam-Ikon, could not repay the loan.The defendants’ indebtedness as at October 15 was said to be N924,788,754.56, representing principal and interest.

AMCON, which bought over the loan, told the court that if the restraining order was not granted, Kanu’s and the company’s assets could be dissipated.

The order, which was to subsist pending the determination of the suit, followed AMCON’s bid to recover the debt.

However, following the transfer of Justice Abang, to another jurisdisction of the court, the matter was reassigned to Justice Aneke.