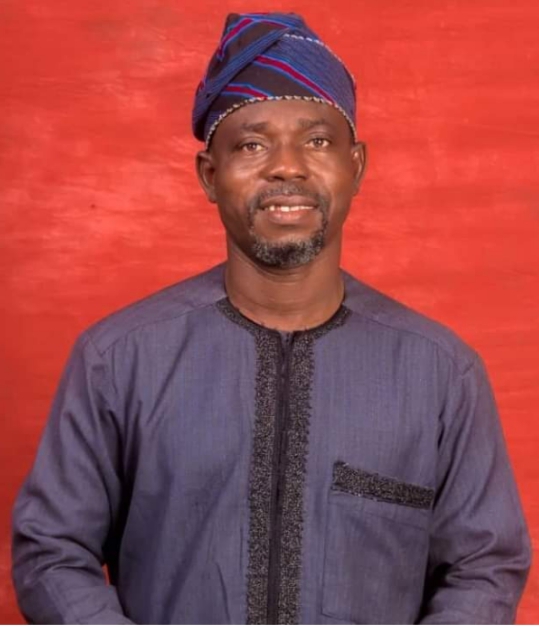 This medium learnt that the incumbent chairman who had collected the nomination form and was successful during the screening exercise, withdrew early Saturday, 29 May, 2021 before the commencement of the primary.

This medium learnt that Salisu withdrew for his Vice, Hajia Motunrayo Gbadebo-Alogba, an alumnus of the Lagos State University, on the advice of Police authority in the State

Fatiu was alleged to have sponsored some armed thugs to attack a businessman, Honourable Oluwatosin Onamade in Ijede area of Lagos State.

During the attack on Onamde, one of his staff was murdered while many sustained high degree of injury.

It was reported that on April 16, this year, Onamade, who is aspiring to become the council chairman under the ruling of All Progressives Congress, APC, was attacked at his office in the area.

The development led to the arrest of some suspects by the Divisional Police Officer in Ijede and the case was transferred to the State Criminal Investigation Department, SCID, Panti for further investigation and prosecution.

In the course of investigation, the suspects confessed, in a video now available to media, that the purpose of the attack was to disrupt Hon. Oluwatosin Onamade’s plan of vying for the Ijede LCDA chairmanship position and that they were sponsored by the incumbent chairman, Alhaji Fatiu Jimoh Salisu.

Unfortunately, few weeks after their arrest, they were back to the community having been released from the Police custody and causing more troubles.

A community leader in the area, who spoke under the condition of anonymity said it was disappointing, despite several evidences and confessional video statements, which nailed the suspects, Police could still let the suspect off the hook.

The two suspects, namely; Owolabi Sodiq Atunrase and Michael Olawale Shittu, who are very well known to be a member of a cult group in the area, were said to have celebrated their returns to the community boasting around that they are untouchable State boiz.

In his effort to get justice for his staff, Mr. Ifeanyi Etunmuse, who lost his life and his younger brother, who sustained serious degree of injuries, during the violent attack on him, Honourable Onamade took further step to report the case at the Force Criminal Investigation Department (FCID) Alagbon. It was gathered that the two prime suspects and others were arrested in their hideout in an operation coordinated by a team of policemen from FCID and were detained at Alagbon.

One would have expected, that the incumbent chairman of Ijede LCDA should also be detained along with other suspects arrested since all fingers pointed at him as the orchestrator; however, the Chairman, Alhaji Fatiu Jimoh Salisu had since been released.

In the video evidence and confessional statement made to the police by the suspects arrested, one of the suspects, told the police that the attack was mobilized and sponsored by Alhaji Fatiu Jimoh Salisu the Ijede LCDA Chairman.

He reiterated this by saying the purpose of the attack was to disrupt Honourable Onamade’s plan of vying for the Ijede LCDA chairmanship seat.

“The incumbent LCDA Chairman Alh. Fatiu is interested in re-election hence, his reason for mobilizing us to attack Honourable Onamade”, he said.

He also mentioned that the task of attacking Honourable Onamade was given to a man known has Maja, who is the leader of a cult group in the area. He however claimed that it was this Maja that organized the rest of the group members that participated in the attack. “That was the second attack on that day”, he said.

Another prime suspect, Michael Olawale Shittu also confirmed the story by saying “though the LCDA Chairman (Hon. Fatiu) told us to attack Honourable Onamade not Mr. Ifeanyi. I attacked with wood as weapon while others use bottles and other weapons”.