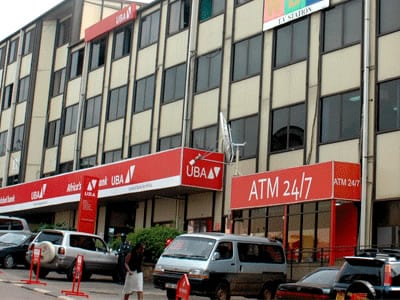 A business outfit, Pubele ventures, is currently in a legal tussle with its banker, United Bank of Africa (UBA) Plc, over payment of $250,000.00 in its account No. 3002563780 and which the UBA has allegedly frozen and refused to pay him the fund.

Other banks involved in the legal battle are: Citibank NA and First Commonwealth Bank of United State of America.

The two banks were joined by the order of a Federal High Court, Lagos in the suit commenced by the plaintiff, Pubele Ventures.

The plaintiff’s lawyer, Chief Abdullahi Tony Dania, had urged the court to order UBA to unfreeze its account No. 3002563780 and release the sum of $250,000.00, paid into the account by one Robjord Construction Company, of Springfield, Ohio, United States of America (USA).

Besides, the Plaintiff is urging for the court to grant an order for the sum of N20 million as damages suffered by it and N5 million being the cost of instituting the action, as a result of the bank freezing its account for no just cause and the bank’s refusal to divulge on whose orders the account was frozen.

In opposition to the order sought by the plaintiff, UBA came up with defence of ethical consideration in banking profession, as a reason for not releasing the fund on allegation of its being a proceed of fraud.

UBA a 27-paragraph affidavit deposed to by one Ukong Ikemesit, stated that the said $250,000.00 was transferred from the Account of a USA based company named Robjord Construction Company at First Commonwealth Bank, a bank with address at 601, Philadelphia Street, Indiana, Pennyuslvanis, United States, with Citibank NA of New York as the correspondent bank through which the funds dropped into the Claimant/Applicant’s Account with the Defendant/Respondent.

The deponent further stated that the inflow of $250,000.00 into claimant’s account was subsequently followed by a Swift Chaser Telex sent by Citibank NA of New York, recalling the funds, on the ground that the funds transferred was fraudulently initiated.

The deponent further stated that the above recall instruction was followed by several other Swift Chaser Telexes reminding the Defendant of the recall request and repeating that the funds were fraudulently transferred from the originating account of Robjord Construction Company at First Commonwealth Bank.

UBA attached Exhibit R3 which is a statement of account of Robjord Construction Company, the customer of First Commonwealth Bank whose account was alleged to have been fraudulently debited and used to transfer the funds to Nigeria.

The deponent further deposed that it would be in the interest of justice to allow the Third Parties (the two foreign banks) to be heard, henceforth UBA has ordered that they be served with notices of the order of the court at the bank’s cost.  He said the bank has done the needful to mobilize the sheriff of the Court and all fees have been paid to enable the services out of jurisdiction in the United States of America, to be effectuated.

The presiding judge, Justice Rilwan Aikawa, has adjourned further hearing of the matter till January 13, 2020.