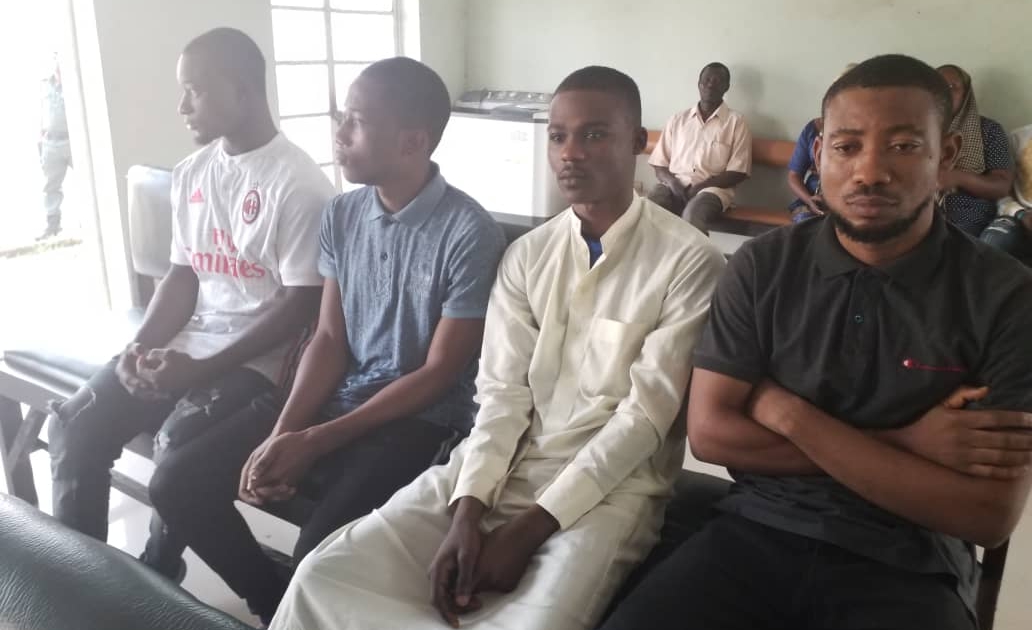 Four suspected Internet fraudsters, have been arraigned before a High Court of Ilorin, Kwara State, by the Economic and Financial Crimes Commission ( EFCC) over an alleged internet fraud and other fraud related Offences.

They were arraigned before Justice Mahmood Abdulgafar led-court, on a four count-charge.

Three of the defendants pleaded guilty while one claimed innocence to the criminal charges brought against them by the anti graft agency.

The Charge against one of the suspects  Abdulahi Abubakar (Alias Bar David John) alleged  that  in July and and October,  2017, at Ilorin he Acting as one Barrister David John; a Legal Practitioner and notary public in Kwara State with yahoo mail account barrister.davidjohn@Yahoo.com did cheat one Anthony Galind with email anthonygalind@yahoo.com by fraudulently inducing him in delivering to you the sum of $200.00 (Two hundred dollars) under the guise of procuring a marriage certificate between him and one  Melissa Cromwell,  a representation that is  false and punishable under section 322 of the same penal code.

Among all the defendants,  only Enoch Oluyode pleaded not guilty while Chilaka Dickson, Abdulahi Abubakar and Olayiwola Azeez confessed to the crime and entered plea bargain agreements with the prosecution.

Items like phones, laptops, money and a bag full of charms were tendered and admitted as Exhibits.

Prosecuting Counsel,  Andrew Akoja urged Justice Abdulgafar to convict those that pleaded guilty according to the plea bargain agreements and give a date to open the case against Oluyode.

Justice Abdulgafar however  adjourned the matter till November 19, for further hearing.