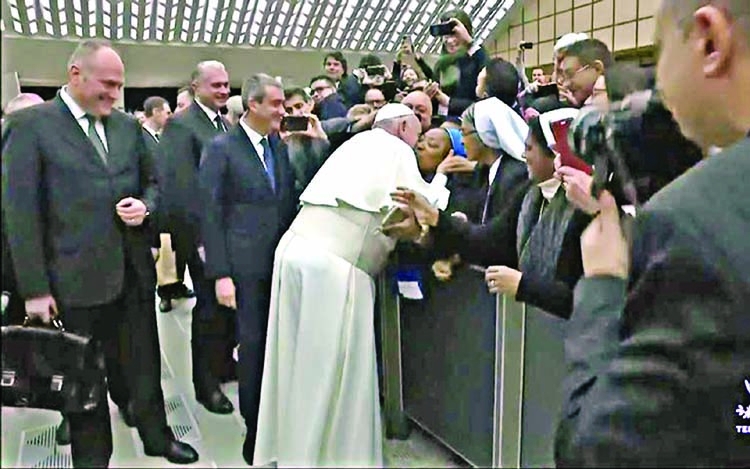 The leader of the Roman Catholic Church, Pope Francis, has been caught on camera kissing a Nun just a week after he was filmed slapping the hands of a woman who grabbed his hands.

The pontiff kissed the nun on the cheek, after jokingly asking her if she won’t bite him, seemingly in reference to the incident where his hand was grabbed by a supposed fan (pilgrim) last week.

Walking through a large hall on Wednesday before his weekly General Audience, a nun gestured to the pope asking for a kiss, “A Kiss, Pope!” She said.

The pope responded with a joke, replying: “You bite!” Calm yourself I’ll give you a kiss”.

The nun nodded affirmatively and the pope then kissed her on the cheek.