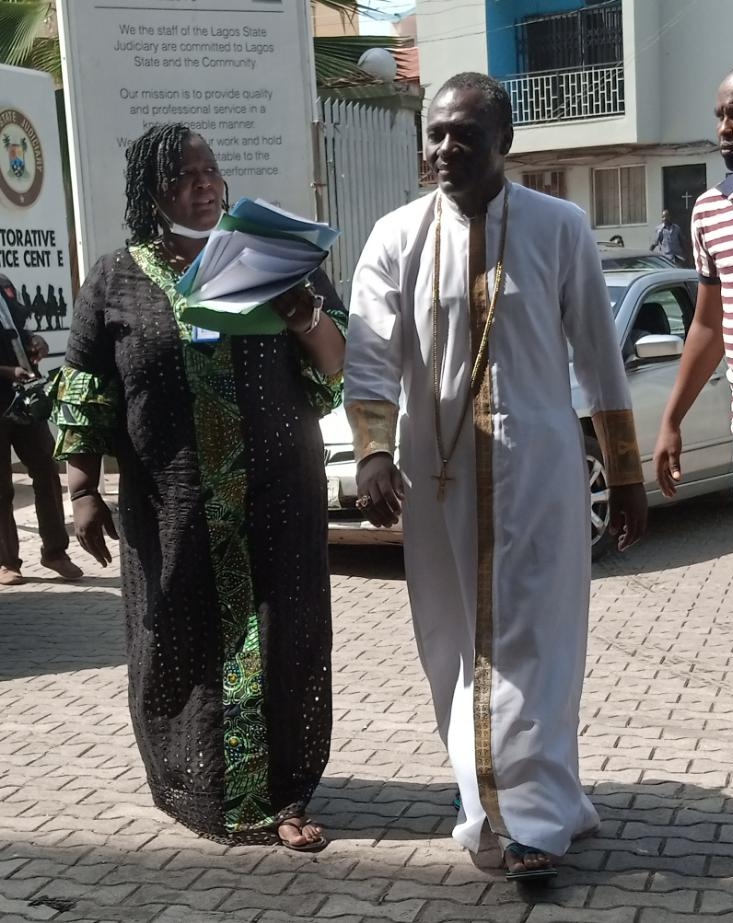 Archbishop Samson and two other, Jerry Abel and Johnson Benjamin secured their freedom, after meeting the bail terms granted them by Chief Magistrate Yewande Oshin of Igbosere Chief Magistrate Court, Lagos, where they were arraigned for violating the lockdown directive of President Muhammadu Buhari.

The Chief Magistrate had ordered that one of the sureties of the Archbishop must be a cleric with three church branches in Lagos, among other terms.

The Chief Magistrate had subsequently remanded them in the custody of the StateCIID, sequel to their not guilt plea to the violation of lockdown directive and till the fulfilment of the bail conditions.

The DPP had alleged that the Cleric and two others failed to stay at home contrary to COVID-19 Regulations’ while also accused them of “conduct likely to cause breach of peace”.

However, Archbishop Samson and others perfected their bail conditions and they were freed from the Police Custody, at the Igbosere Magistrates’ Court, Lagos.

Further hearing of the matter has been fixed for May 20.

Speaking to the journalists after the Clergyman and others regained their freedom, their lawyer, Emmanuel Ogbeche, said: my client, archbishop Samson Benjamin Mustapha was charged for violating of lockdown directive due to  COVID-19, as proclaimed by he Nat. Assembly and Ordered by the he President Muhammadu Buhari.

“But as for us, we have secured his bail for now and his freedom has started. It is now for the prosecution to prove its case against him and for us to also prove our innocence”.

The DPP had alleged that the cleric allegedly led about 100 persons to the Chinese Embassy on Victoria Island, Lagos, to protest alleged ill-treatment of Nigerians in China.

Archbishop Samson was said to have condemned the alleged maltreatment of Nigerians in China by the Chinese despite operating freely in Nigeria without such treatment.

The Embassy officials sent a video clip of the alleged invasion to the police, which led to his arrest.