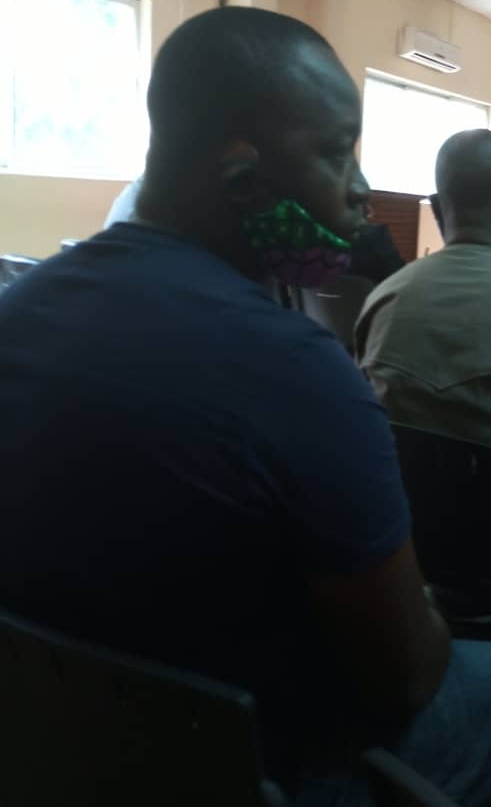 The Police has arraigned one Afobaje Maiyegun, alias Afobaje who boasted in a viral Facebook post that ‘he had just beaten up his wife and awaits her police’ before an Igbosere Chief Magistrate’s Court, Lagos, today.

Afobaje Maiyegun was arraigned on a two count charge before Magistrate Olufolake Oshin
The offences he pleaded not guilty of when the charge was read to him.

The Police prosecutor, Supol Shinaolu Adeoye told the court that the defendant committed the offence on May 5 at Maiyegun Town, Jakande Estate, Eti-Osa Local Government.
Supol Adeoye said the actions of the defendant is contrary to and punishable under Section 173 and Section 57 (1)a of the Criminal Law of the State.
He urged the court to remand the defendant while prayed for a date to commence trial.

In a swift reaction, his lawyer, Mr. Mustapha Danesi urged the court to grant his client bail in the most liberal terms as the matter is a family crisis.

In her ruling, Chief agistrate Oshin granted the defendant bail in the sum of N500, 000, 00, with two sureties in like sum.

Each of the sureties must be a cleric and a family member to the defendant.

Chief Magistrate Oshin also directed the court registrar to verify the addresses of the sureties who must be a tax payers in the state.

The matter has been adjourned till June 22, for mention.

The defendant’s arrest and arraignment was sequel to the Lagos State Domestic and Sexual Violence Response Team, that reached out to Area J Commandant of the Nigeria Police, ACP Gbolahan Odugbemi, to arrest him, after the act he alleged committed went viral through his Facebook platform.

The charges against him read: “that you Sulaiman Maiyegun alias Afobaje’ on 05/05/2020 at about 12:13m at No 9. Maiyegun Town off Lekki Road, Jakande Estate in Eti-Osa Local Government Area within Lagos Magistrate District did unlawfully assault one Mariam Omolara Gabriel with fist blow and caused her injury on her forehead and thereby commited an offence punishable under Section 173 of the Criminal Law of Lagos State, 2015.

“That you Sulaiman Maiyegun alias Afobaje’ on the same date, time and place within the aforesaid Magistrate District did post an inciting and provoking publication on your Facebook page and thereby committed an offence punishable under Section 57(1)(a) of the Criminal Law of Lagos State, 2015”