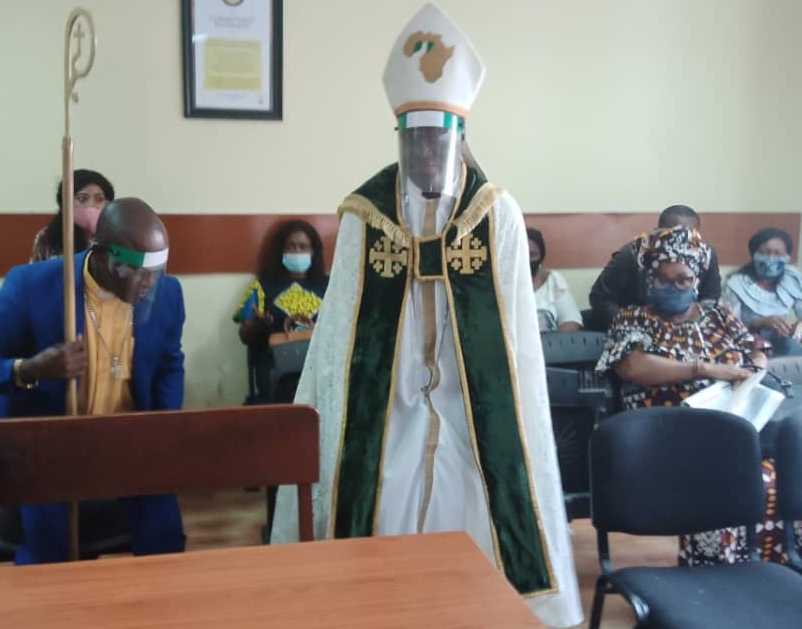 The scheduled trial of Archbishop Samson Mustapha Benjamin of Resurrection Praise Chapel, popularly called Jehovah Sharp-Sharp, and two others, who were arraigned for alleged violation of the lockdown and Stay at Home directive of President Muhammad Buhari, amid the Corona Virus Pandemic, before an Igbosere Chief Magistrate’s Court, Lagos, today, suffers set back, due to elevation of the presiding Chief Magistrate as a High Court Judge.

At the resumed hearing of the matter today, the court’s Registrar informed counsels that the Chief Magistrate had been elevated to as a High Court Judge and will no longer be able to preside over matters before her.

The development made parties to ask for another date when the matter would have be reassigned to another Magistrate.

Consequently, at the agreement of the parties the matter till July 1, 2020, for the commencement of the Bishop and others trial.

Lagos State Police Command had arraigned the cleric alongside Jerry Abel and Johnson Benjamin, before an Igbosere Chief Magistrate’s Court, Lagos, presided over by Chief Magistrate Olufolake Oshin (now judge-designated) on a three count charge of conspiracy,    breach the cessation of movement and stay at home order made by the President of the Federal Republic of Nigeria and conduct likely to breach public peace

And all the defendants pleaded not guilty as charged.

The defendants claimed that they were arrested by the police at the Chinese Embassy, Victoria Island, where they had gone to protest alleged ill-treatment melted on Nigerians in China.