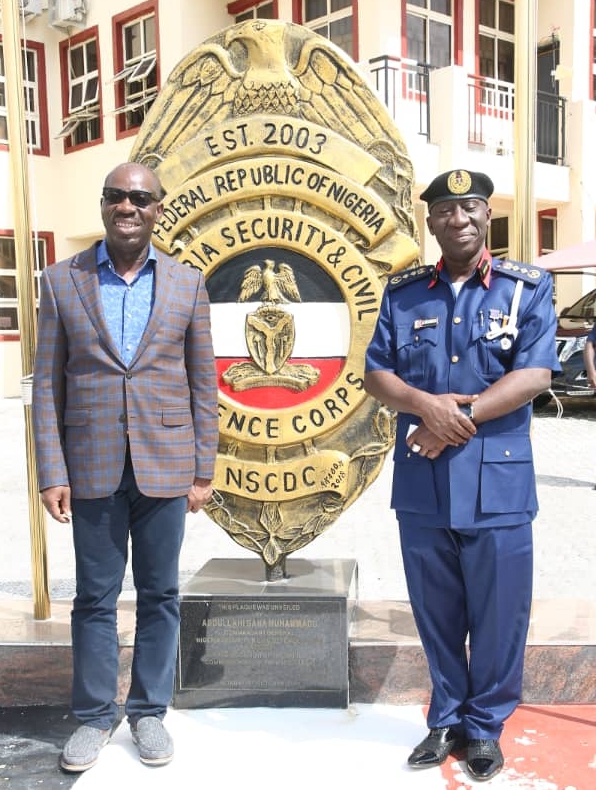 Governor Godwin Obaseki of Edo State has rated the Nigeria Security and Civil Defence Corps (NSCDC) high in integrity in service delivery in the country.

Obaseki was quoted saying: “You are people of integrity. We have tracked your activities over the years, and I can tell you that Nigerians are proud of you, please maintain the tempo”.

The governor urged the agency to deploy additional agro rangers personnel to the State, towards improving the state’s security.  The governor noted that the deployment will further ensure the safety of farmers who are the backbone of the state.

Obaseki said the dispatch of additional rangers would further strengthen the security situation in the state and encourage farmers to focus on their farming activities without fear of attacks.

The governor said his State is willing to partner with the Civil Defence to train the proposed Edo Forest Guards and promise to assist the Corps with logistics in discharging its duty in the state.

“We believe that you can be a major resource for us as security professionals by train our proposed forest guards”, he said.

Responding, the CG thanked Governor Obaseki for his dynamic approach to governance and his determination to finding an enduring solution to insecurity in the state. He used the opportunity to thanked the governor for all his supports to the Corps in Edo State.

The CG acknowledged the request of the Governor Obaseki to train the proposed Edo Forest Guards in the State, reiterating the readiness of the Corps to work in partnership with the state to find lasting solution to insecurity.