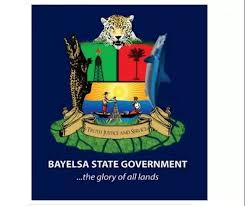 Political stakeholders and indigenes of Kolokuma/Opokuma Local Government Area of Bayelsa State, South-south Nigeria, have demanded for the emergency of one of their own as their representative at the Senate arm of National Assembly, this they said will enable them to complete their term at the Senate.

The stakeholders and indigenes of the senatorial district under the auspices of Voice Of KOLGA, made the call during in a statement issued and signed by its spokesman, Kelvin Ingbaifegha, after a political meeting with the theme “the Central Senate election we agreed; KOLGA is right for seeking to complete its Senate tenure, and should not be zoned out”, held recently.

Voice of KOLGA stated that its request for an indigene of Kolokuma/Opokuma LGA to  complete its term at the Senate is not way out of place or wrong, but in conformity with what has been laid down since Nigeria returned to democracy in 1999 in the State.

Voice of KOLGA’s statement reads: “Every Political Organization has a Power Sharing Arrangement, where all take part in Government together Regardless of Size or Tribal Affiliation
“In the year 1999-2007 under a PDP Administration, Southern Ijaw LGA produced a Governor, Late Chief Diepreye Solomon Peter Alamiesegha, and also Produced the Senator Representing Bayelsa Central Senatorial District, Late Senator David Briggidi, (both of blessed memory) while being a Sole Federal Constituency with their own Sole Member House Of Representative.

“In the year 2011 towards the end of Senator Nimi-Barigha Amange one term in office, the party agreed and gave Honourable Clever Ikisikpo who is from Ogbia LGA, the PDP Eastern Senatorial District Ticket because it was Ogbia’s turn, disregarding the fact that at that Time Ogbia had a President, President Goodluck Jonathan, and Ogbia is a Sole Federal Constituency with their own sole House Of Rep Member.

“In 2015 Sagbama Produced a Senator  (Senator Foster Ogola) and also had a Governor Henry Seriake Dickson. It was of no doubt Sagbama’s turn regardless of even if they had a Governor because Ekeremor has just finished 8 Years at the Senate through Senator Heineken Lokpobiri.

“Also in 2015 when it was Kolga’s Turn to produce a Senator, the then Chief Principal Secretary To the Governor, “Senator Douye Diri, was just about ready to fly the party ticket. But the Party at the National level told him to step down that they wanted Senator Paulker Emmanuel from Yenagoa who was almost completing 8 years to go for another tenure denying KOLGA our turn. KOLGA should not be Denied Again.

“It doesn’t matter who sits as Governor in the State, the National assembly zoning in Bayelsa has always been different from the State’s zoning. Is KOLGA’s case now Different? Tagging us as a small and less important LGA.

“It is in no way out of place or wrong for KOLGA to Seek for the Senate. Every one should have an equal share of National Assembly Representation, no local government is more qualified or important than another”.