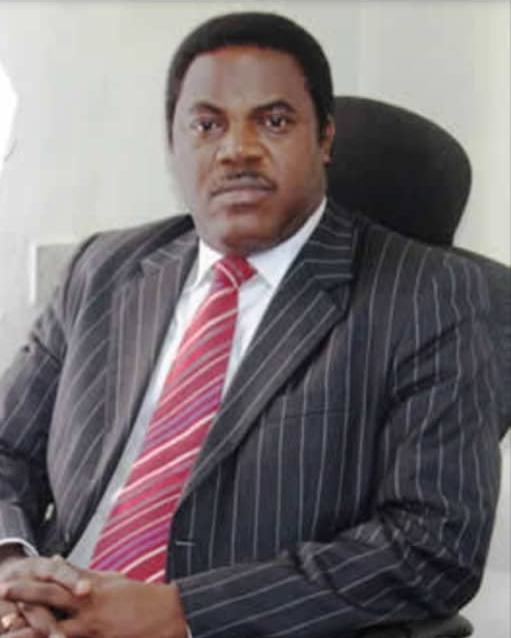 As the race for the prestigious seat for the number one lawyer in Nigeria draws nearer, a lawyer, Mr. Taiwo Adedeji, has called for the disqualification of one of the aspirants to the seat, Mr. Julius Oladele Adesina (SAN), due to alleged non qualification of his sponsor.

Adedeji, in a petition dated June 16, 2020 and addressed to the Chairman of the NBA’s Electoral Committee and sent to newsdishng.com, stated that the reason for calling for Adesina (SAN) disqualification, was due to no financial record for both the practicing fee and branch dues for the year 2018, as at when due, despite the fact that photocopies of relevant receipts were submitted by the second sponsor.

The lawyer also claimed that, Adeshina (SAN) sponsor, had earlier nominated an aspirant for election into the Office of Financial Secretary of the Ikeja Branch of the Association, but the aspirant was disqualified on the above ground.

Adedeji queried the rational behind the qualification of Adeshina (SAN), if he is being sponsor by the same person, who also nominated a candidate for the local branch but disqualified on the same ground.

He therefore called of the Association’s Electoral umpire to investigate the allegation by calling for the relevant evidence, in order to see if indeed there is any evidence that Adesina (SAN) sponsor paid his branch dues and practicing fee for 2018 as and when due. Adding that if there is no such evidence, as found by the NBA lkeja Electoral Committee, then Adesina. SAN’s nomination must be found invalid. What is sauce for the goose is sauce for the gander.

“The first candidate granted provisional clearance in the category of the presidential candidate is Deacon Julius Oladele Adesina, SAN and it was stated his seconder was one Adesina Adegbite Esq.

“Adesina Adegbite Esq is a member of the NBA Ikeja Branch and he is also the nominator of one Miss. Adeola Ademilola for election into the office of Financial Secretary of the lkeja Branch in elections slated to hold on 30th day of June 2020.

“Miss. Adeola Ademilola was disqualified from participating in that election. TheNBA Ikeja Electoral Committee in its report issued on 15th June 2020 stated the reason for her disqualification as follows: “Adegbite Adesina, 2nd sponsor for the aspirant is not qualified because there is no financial records that both branch dues and practicing fee for 2018 were paid as at when due even though photocopy of relevant receipts were submitted.

“If Mr. Adegbite was found ineligible to sponsor a candidate for election at branch level for the stated reason, it stands to reason that he is also ineligible to second the nomination of Deacon Julius Oladeie Adesina, SAN for election to the office of president of the NBA.

“I request that the ECNBA shouid investigate this allegation by calling for the relevant evidence, in order to see if indeed there is any evidence that Mr. Adesina Adegbite paid his branch dues and practicing fee for 2018 as and when due. if there is no such evidence, as found by the NBA lkeja Electoral Committee, then Deacon Juiius Oladele Adesina. SAN’s nomination must be found invalid. What is sauce for the goose is sauce for the gander.

“However, if it is found that Mr. Adesina Adegbite actually paid his branch due and practicing fee for the year 2018 as and when due, then Miss. Adeoia Ademiioia must be considered to have been unjustly disqualified”.

Similarly, another lawyer, Valerian Nwadike, had equally called for ECNBA to disqualify Dele Adesina (SAN) from contesting for the office of the NBA President in the forthcoming NBA National Elections because his seconder may not be qualified to have nominated him

Valerian in a petition dated June 17, 2020, and addressed to ECNBA, cited a decision of Ikeja Branch Electoral Committee disqualifying Adeola Ademilola, Esq. (a contestant for the office of Social Secretary at the branch election) on the ground that Mr Adeshina Adegbite that nominated her is not in good standing with the branch, Mr Adegbite also Seconded Mr Dele Adesina’s nomination.