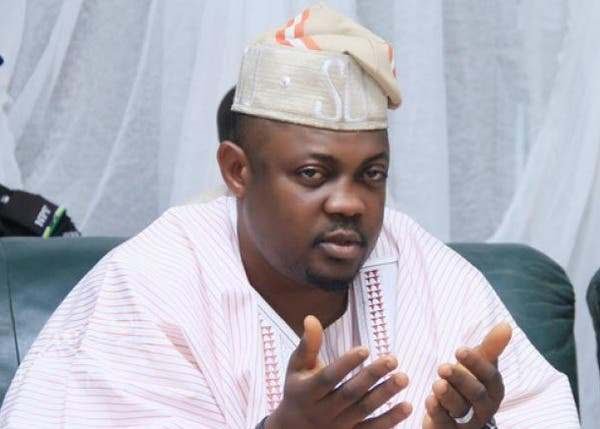 Justice Olawoyin’s decision was sequel to the failure of late Suger’s siblings to file their responses to the suit filed against them by the deceased’s children.

Justice Olawoyin had on October 5, 2020, made an interim orders restraining Prince Yinka Olatoye and Gabriel Oladutun Olatoye, from from intermeddling, selling and dealing with Sugar’s properties, while ruling on a suit marked I/936/2020, brought against them by Late Sugar’s children.

The judge also restrained late Sugar’s siblings, their agents, privies, servants, employees, and workman from ejecting, selling offering for sale or disposing or dealing adversely with his residential apartments or any parts thereof.

The judge further barred the deceased family, their employee, workmen, servants or proxies from ejecting and or selling, offering for sale or disposing or dealing adversely with the residential apartment or any part thereof.

The Sugar’s children who filed the suit against their father’s siblings through Dr. Babatunde Oni, their lawyer are: Bukola; Timileyin; Semilogo; Ireyimika; Boluwatife: Ayomide and Ifeoluwa.

Justice Olawoyin had ordered that the order will subsist till the hearing and determination of the main suit, which was adjourned till October 12, 2020.

However, at the resumed hearing of the substantive suit, counsel to the second respondent, M. O. Oladejo, informed the court that he is yet to file any response, adding that he is still within the time to file his response.

The judge was also informed that the first respondent, Prince Yinka Olatoye, is yet to be served with the processes of the suit

Oladejo therefore asked the court for a short time to enable him file his client’s response to the suit.

Following to the above, the claimants’ counsel, asked the court for extension of the interim order, pending the time the respondents will file their responses and till the hearing and determination of the substantive suit.

Following the submissions of parties, Justice Olawoyin, while adjourned the matter till November 3, 2020, equally ordered that the interim order made on October 5, 2020, against the respondents is extended for another seven days..

“Upon the oral Application of Dr. Bubdtunde Oni Esq, who appeared with Debola Adeyemi (Mrs) and Samuel Akinpelu Esq for the Claimants that the Exparte Order of Interim Injunction granted on 5/ 10/2020 in favour of the Claimant/Applicants and against the Defendants/Respondents pending the hearing and determination of the Motion on Notice be extended beyond today, in view of the fact that the 2nd Defendant is still within time to react and that the 1st Defendant is yet to be served, which was not opposed by M. O. Oladejo Esq, Counsel for the 2nd Defendant.

“The court ordered as follow: by consent of both Counsel, the Exparte Order of Interim injunction granted on 5/ 10/2020 in favour of the Claimants is hereby extended for a further period of 7 days with effect from today.

The motion on Notice is adjourned to 20/ 10/2020 for hearing while the substantive suit remains adjourned to 3/ 11/2020 for mention”, Justice Olawoyin ordered.

Late Sugar who represented Lagelu/Akinyele Federal Constituency member of House of Representative, was killed on March 9, 2019, during the governorship and House of Assembly election at Lalupon area of Ibadan, Oyo State.

Late Sugar’s properties protected by the court orders include: a Toyota Landcruiser jeep valued at N45 million; a House at Osiele Abeokuta; Six (6) 18-Seater Buses; 2 Molue Buses; sum of N680, 000, 00, donation from the Oyo State House of Assembly members to the Claimants. The sum of N10 Million cash handed over to the respondents by the police being the sum found on late Sugar’s corolla car on the day he was assassinated; cash sum of N5 Million, kept in his house at No 1, Soyemi Street, New Bodija, Ibadan.