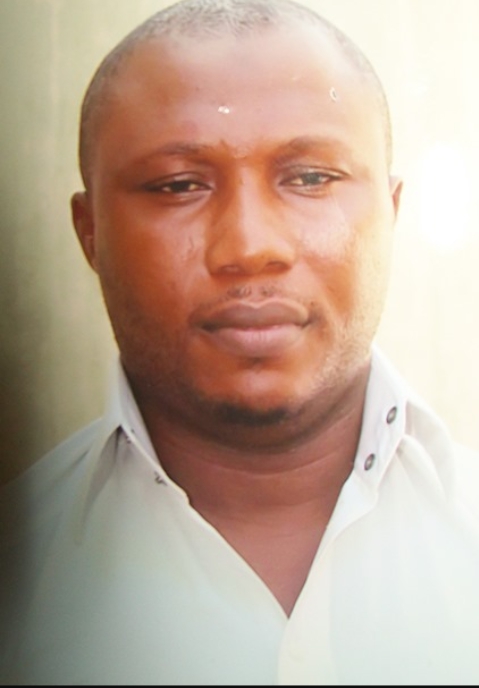 A serial drug trafficker, Alhaji Yusuf Olayemi, who is facing a criminal charge of alleged trafficking in drug, has again be arraigned before a Lagos Federal High Court, for alleged dealing in 525 grams of cocaine.

Yusuf who claimed to be a clearing agent, was arraigned before the court presided over by Justice Saliu Saidu led-court, on count charge of the offence, by the National Drugs Law Enforcement Agency (NDLEA)

Yusuf was arrested by the NDLEA, on November 20, 2020, at DHL office, NAHCO of Murtala Muhammad International Airport, Ikeja, Lagos, after he had registered the packaged drug, with tracking number 9524930671.

The prosecutor, Mr. Ichakpa Oigoga, told the court that the defendant, committed the offence while out on bail for an unlawful exportation of 3 Kilogrammes of Methamphetamine in charge numbered FHC/L/195C/2014, before Justice Sule Hassan.

Ichakpa further told the court that the offences committed by the clearing agent turned drug courier, is contrary to and punishable under Section 11(b) of the National Drug Law Enforcement Agency CAP N30 Laws of their Federation of Nigeria 2004.

Though, the defendant denied the allegation and pleaded not guilty.

With the defendant’s plea of not guilty, the prosecutor, urged the court to remand him in prison custody till the determination of the charge against him.

Ichakpa said his application was premised on the ground that if the defendant is granted bail, he will still continue in enhancing in illicit act. Adding that the defendant did not have reasonable sureties to Stand for him if granted bail.

However, the defendant’s counsel, Mr. Benson Ndakara, urged the court to admit his client bail in the most liberal terms.

Ndakara, who is also the defendant’s counsel in charge numbered FHC/L/195c/14, told the court that his client has credible sureties and that either tamper with the exhibits nor interfere with the prosecution’s witnesses.

Ruling on the application, Justice Saidu, conceded to the submission of the defendant’s counsel, and granted bail to the defendant in the sum of N20 million, with two sureties in like sum.

Justice Saidu, while adjourned the matter till January 28, 2021, for trial, ordered that the defendant be remanded till the perfection of bail terms.

In a related development, Justice Saliu Saidu has ordered the remand of two alleged drug traffickers, Abdulsalam Sherifat Omowunmi and Ezuma Augustine, in the custody of the Nigerian Correctional Services (NCoS) pending when they will be able to fulfill the bail conditions granted them.

Justice Saidu ordered the remand of the two alleged drug traffickers, after they pleaded not guilty to charges of attempting to illegally export 950 grammes of Cocaine to Pakistan through  the Murtala Mohammed International Airport, Ikeja Lagos.

Arraigning the defendants before the NDLEA’s prosecutor, Mr Augustine Nwagwu, told court the each of the defendants were arrested on November, 22, 2020, at the outward clearance of Ethiopia Airways flight to Pakistan at the Murtala Mohammed International Airport, Ikeja Lagos, with 950 grams of cocaine, which they intent to export out of country without lawful authority.

Nwagwu further told the court that the offences committed by the defendants contravened Sections 11(b) and 14(3) of the National Drug Law Enforcement Agency Act Cap N30 Laws of the Federation of Nigeria, 2004 and punishable under the same Act.

Both Sherifat and Augustine denied the allegations.

Following the reading of the charge and the defendants’ not guilty plea, the prosecutor asked the court for a trial date and a remand order, pending the conclusion of the charges against them.

and the remand of the defendants’ in the custody of the Nigerian Correctional Service pending hearing and determination of the charge.
However, counsel to the defendants’, Mrs. E. O. Ikwege told the court that she has a bail summons filed on behalf of the defendants’ and that the prosecution has been served. She therefore plead with the court to allow him to move the application.

However, the prosecutor, Nwagwu,  objected the counsel’s application and urged the court to reject same.

But the presiding judge, Justice Saidu in a bench ruling, admitted the defendants to bail in the sum of N10 million with two sureties in like sum each.

Justice Saidu also ordered that one of the sureties must be a landed property owner within the jurisdiction of the court and must be a relation to the defendants, while the second surety must be a civil servant not below grade level 14 in the Lagos or Federal civil service.

He further ordered that both the defendants and their sureties must deposit their passport photographs with the Court’s Deputy Chief Registrar (DCR) and that all the documents submitted must be verified by the prosecutor and the DCR.

The judge while ordered that the two defendants be remanded in the custody of the Nigerian Correctional Service (NCoS) pending the perfection of the bail conditions, adjourned the matter till January 28, 2021, for trial.