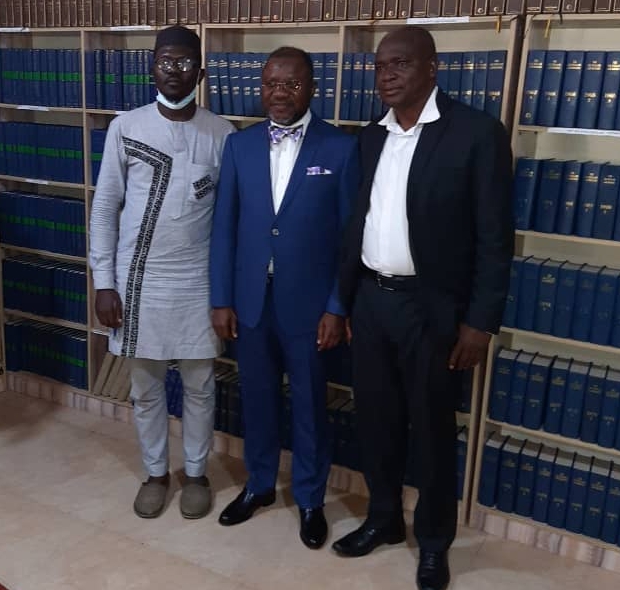 I Was Expelled Severally Defending The Oppressed -Adegoke (SAN)

One of the newly inaugurated Senior Advocates of Nigeria (SANs) Mr. Adekunle Adegoke, has narrated how he was uncountably expelled from many universities, defending the oppressed and less privileges.

The new silk, also narrated how the death of late Chief Gani Fawehinmi, who died on his 40th birthday, gingered him not to relent in defending the oppressed in the country.

Adegoke (SAN) gave this narration on Thursday, while receiving members of a human rights group, Human Rights Monitoring Agenda (HURMA), who had gone to felicitate with him on his elevation to the Inner Bar of Nigeria’s legal profession.

The newly inaugurated Senior Advocate of Nigeria, use the occasion to advised members of human rights society to continue in their bid of ensuring that Nigerians are free from all forms of human rights violation. While also highlighted on his voyage into politics and his aspiration to become the governor Osun State. He also discussed the elements of Socialism in Nigeria capitalist society.

Speaking on the visit, HURMA’s Chairman Board of Director, Barrister Lekan Alabi, while congratulated Adegoke on his new status as a Senior Advocate of Nigeria (SAN), described him as man who has been in the struggle for human rights, for a long period.

He also stated that the Adegoke (SAN) was part of team of lawyers that got the mandate for Ogbeni Rauf Aregbesola in Osun State.

On his part, the Executive Director of HURMA, Comrade Buna Olaitan Isiak, also congratulated the new Silk and presented to him the souvenirs used to mark this year’s World Human Rights Day and also copies of the HURMA’s new letterhead with the new Silk Status.