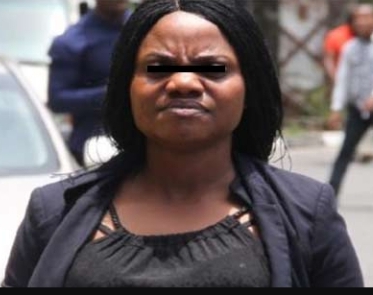 Justice Sherifat Solebo of a Special Offences Court, Ikeja, Lagos, has disqualified herself from further hearing of a charge brought against a Lagos-based lawyer. Mrs. Oreagba Taiwo, who is being prosecuted before before her court, for allegedly received the sum of N4 million, from a fraud suspect, who is under investigation on fraud allegations.

Oreagba was alleged to have demanded and received the money from the fraud suspect, Kelechi Uka, with the pretence that the money will be used to influence the outcome of the Economic and Financial Crimes Commission (EFCC) investigation on the alleged fraud.

The EFCC had on November 12, 2020, dragged Oreagba before Solebo led-court, a count-charge of corruption and obtaining the money from Kelechi, who is being investigated on fraud allegations, under the pretence she will use the money to influence investigation.

The EFCC had alleged that Oreagba, had claimed that she will us the money to bribe its officials in order to secure the release of her client, Kelechi, from the agency’s custody.

Uka is currently under investigation by the EFCC.

Oreagba, a counsel to Uka was said to have collected the money from one Henry Umoh, who had paid the money into her company’s account.

The charge against the lawyer reads: “that you, Taiwo Oreagba, on or about the 2nd of March, 2020 in Lagos, within the jurisdiction of this Honourable Court , whilst acting as counsel to one Kelechi Uka, asked for and received the sum of N4,000,000.00 (Four Million Naira) through your business name account known as Bobcom Enterprises from one Henry George Umoh on the understanding that the money was meant to influence officers of the Economic and Financial Crimes Commission in order to secure the release of the said Kelechi Uka from custody”.

The lawyer had denied the allegation and pleaded not guilty, when the charge was read to her upon arraignment. Consequently, Justice Solebo admitted her to bail in the sum of N100,000 with one surely in like sum.

In view of her plea, the prosecuting counsel, Gabriel Akaogu, had asked the court for a trial date and that the defendant be remanded in the Nigerian Correctional Service’s Custodial Centre.

But her counsel, J.R. Kuforiji, had pleaded with the court to admit the lawyer to bail in the most liberal terms.

Justice Solebo had admitted her to bail in the sum of N100, 000, with other conditions.

However, at the resumed trial of the defendant on Wednesday, Justice Solebo, announced to the parties of her intention to voluntarily withdraw from the lawyer’s trial.

The judge cited personal reasons for withdrawing from the lawyer’s prosecution.

Consequently, she ordered that the case file be returned to the court’s Chief Registrar for reassignment.