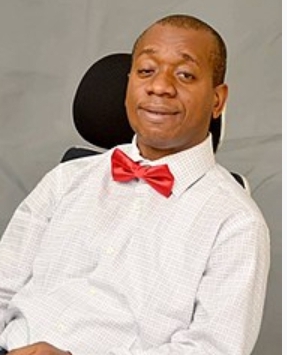 Traders occupying the ‘Pepsi Building’ of the popular Gorodum market, Lagos Island, Lagos State, have called on Governor Babajide Sanwo-Olu and other political leaders in the area, to stop the alleged move by the Lagos Island Local Government, to illegally demolish the structure under alleged reconstructing it due to its defective state.

The traders made the appeal in a petition dated January 11, 2021, captioned ‘protest against proposed wrongful and illegal demolition of our shops, stalls at Block ‘N’, Pepsi Building, Allocated to us by the Lagos Island West Local Government’, which a copy was made available to newsdishng.com

The concerned traders in the market, through their representatives, Ayisat Dada-Ajose and Dada David, narrated how the management of the Lagos Island Local Government area, attempted to send them out business under the pretence of renovating the building, despite been certified by the Lagos State Materials Testing Laboratory (LAMTL) of being a non-destructive structure.

The traders also claimed that on two occasions, they have been forced by management of council to carry out renovations of the buildings which they have been occupied since 2006 and that they had spent over N12 million in renovating the building due to several threat of demolishing it for been defective.

The traders said they were reliably informed by a source, that the Local government has entered into an agreement with a developer/commercial builder, under specified terms and conditions that the project will be given to the highest bidder. The implication of this they said, will  be under tremendous pressure to re-buy their stalls and shops at any arbitrary price the developer decides.

The traders therefore appealed to Governor Sanwo-Olu and other political leaders in the area to stop the council management from carrying out the demolition and reconstruction of the building, as they will be able to afford the cost of getting back their shops/stalls since the cost will undoubtedly be astronomical.

The council management has however, debunked the traders’ claims that it intend to send them out of business, but said the move is to prevent the case of collapse building in the area, as the structure in question, is due for reconstruction, having been renovated three times by the traders without the council’s knowledge.

Reacting to the traders’ claims, Prince Toyese Olusi and Mr. Olayigbade Yussuf Olatunji, the Council chairman and Chief of Staff to the chairman/Supervisor for Works, respectively, said there is no iota of truth in the traders’ allegations, as it has no contractual agreement with the traders but the contractor that developed the structure.

Prince Olushi, council chairman said: “when the local government officially constructed, we did what we called build, Operate & turnover (BOT). That agreement, initially as government, we don’t know individually. We give the BOT operators for a leasehold of some years between BOT operators and the government and the leasehold is for 10 to 25 years maximum, depend on what the sitting chairman says.

“The traders have forgotten, once there is BOT agreement, the leasehold on the market is between the council and the initial company that has the leasehold, and once there is conditions that if I build this, (1) the duration of the leasehold, (2) stop of payment (3) if there is controversial situations surrounding the construction. once any of these three takes place, that initial leasehold agreement does not subsist any longer. Its now at the discretion of the council to either reallocate through the initial developer, or with the developer. now any occupant of the shop, applicant of the shop, should know that they are holding the allocation at the pleasure at the LG, they should know that its not right or a personal things, but lots of traders misconstrue that, but because this is socio-community based local government, we are bound to relate with the occupants directly or indirectly through the elders of the community, either .We do self consideration.

The council’s Chief of Staff, Olayigbade also said: “When talking about market, it belongs to the Local government, if development is to take place, the contractors have to apply to the council, if a contract is awarded to a contractor, definitely, the contract will have terms and Conditions. The Pepsi Building in question was given out in 2004, the particular developer for the duration of 20 years.

“The contractor completed the construction in 2005 and brought in these sitting tenants. Some of these structures are seriously dilapidated, we gave some out for renovation, but the Pepsi Building in question was renovated three times by sitting tenants and what they did was not to the council’s knowledge. They did not put up a letter to the local government that they wants to carryout renovation on the building, whereas, the property belongs to the local government.

“The contractor that renovated the building for them, when we asked him if renovation can be done on the building again, he said the building will come down. That was when we came to the conclusion that the building must be reconstructed, when the leasehold on it is over, and that will be in 2024.

“We wanted to invite them to jaw-jaw on how to go by on the reconstruction of the building after the expiration of the leasehold, because we can’t continue to renovating it, as we don’t want to have issue of building collapse again. Once the leasehold expired, the local government have the right to give it to another contractor. And we don’t want to give it to a contractor that will lease it out at outrageous rate, that is why we always have to jaw-jaw with the traders before we do any thing, its after we have agreed that we give it out because we know that some of them a trading with loans and family support money.