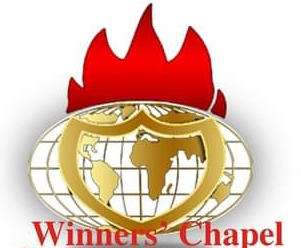 One of the pastors with Living Faith Church Worldwide, a.k.a. winner’s chapel, Pastor Afolabi Samuel, has been convicted and sentenced to three years imprisonment, for stealing $90,000 USD and N4.5 million, belonging to the church, by an Ikeja Special Offences Court, Lagos State.

Pastor Afolabi, who was also the accountant to Bishop David Oyedepo’s Church, was given the jail terms on Friday, by Justice Mojisola Dada, after founding him guilty of four counts charge of conspiracy, stealing and fraud, preferred against him by the Economic and Financial Crimes Commission (EFCC).

The EFCC had on November 25, 2019, arraigned the convict before the court alongside one one Mrs. Blessing Kolawole, a staff of the Covenant University, said to be at large, for allegedly offences.

The stolen monies were said to be property property of the Registered Trustees of the Living Faith Church, Canaan land, Ota, Ogun State.

Arraigning the convict, EFCC’s counsel, Samuel Daji, told the court that the convict and  Mrs. Kolawole, committed the alleged offences sometime between September 24 and December 31, 2018.

Daji also told the court that the convict’s arrest was sequel to a petition signed by the law firm of Chioma Okwuanyi and company and dated June 26, 2019, on allegations of funds misappropriation.

He said the law firm which acted as Solicitors to the Registered Trustees of the Living Faith Church, alleged that both the convict and Mrs. Kolawole connived with others and started taking advantage of their positions as the Church’s Treasurer and staff of the University respectively, to commit the fraudulent acts.

The firm said  “The duo started carrying out various acts of breach of trust and fraudulent commission of unconscionable economic crime and sabotage, by unlawfully diverting to their private use, the Church’s money in Pastor Samuel’s custody without the permission of the Church.

“The duo continued doing so until sometime in December 2018 when they ran out of luck and all their secret acts of economic sabotage and financial crime of fraudulently tampering with the church’s money were revealed.

“When confronted by the church, Pastor Samuel, who lives around the church at Raji Oba, Lagos admitted committing the act and even voluntarily made a written confession where he detailed how they have been stealing from the church, Daji told the court.

Having found the accountant guilty as charged, Justice Dada convicted him for conspiracy and stealing following the provisions of the extant laws and consequently sentenced him to three years imprisonment.

But before his conviction, Mr. Rotimi Ogunwuyi, counsel to the convict in his allocutus, stated that his client did not only embarrass himself, but also his family. He however pleaded with the court to temper justice with mercy, especially looking at the fact that the convict had realized his mistake which made him change his plea from not guilty to guilty.

Ogunwuyi further told the court that the convict is a family man, responsible for his children’s education and his aged parents.

Following the counsel’s plea in his allocutus, Justice Dada ordered the convict to pay the sum of N1 million in lieu of the jail term and also ordered him to restitute the sum of $90,000 and N2,358,000 to the Church.