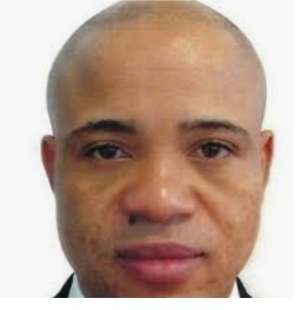 Further hearing of the charge against Amadi and his company, Idid Nigeria Limited, which was initially fixed for Wednesday, March 10, could not go on as scheduled due to short time sitting of the court.

Consequently, by the consent of Kenneth’s counsel, Emeka Etiaba (SAN) and Mrs. Aderonke Imona, a senior counsel from the Attorney-General of the Federation (AGF), the matter was adjourned till April 21.

AGF in a charge filed against the businessman sometimes in 2019, accused him of receiving and obtaining by false pretense, with intent to defraud, the sum of N2. 9 billion, belonging to Eunisell Ltd, from A-Z Petroleum Limited and AMMASCO International Limited; omitting making full and true entry thereof in the books and accounts; suppression of data in respect of the financial transfer to Eunisell Limited; and converting the same amount without authority to create sufficient deposits to promote the credibility of his own company (IDID Nigeria Limited).

The businessman was alleged to have commit the offences sometimes in 2016, while serving as the Chief Executive Officer of Eunisell Nigeria Limited.

At the last hearing of the charge, Amadi’s counsel, Chief Etiaba (SAN) had drew the Court’s attention to a motion seeking to quash the charge, on the ground that the charge was an abuse of court process.
Prior to the defendant’s arraignment, the court had turned down a request by his lawyer, Emeka Etiaba (SAN), through a motion, to have the charge quashed for being an abuse of the court’s process.

In urging the court to quash the charge, Amadi’s counsel said the motion was pursuant to Section 36 (5) of the Constitution as well as Sections 1 (1) and 221 of the Administration of Criminal Justice Act (ACJA). Adding that the purpose of the motion was for the court to filter the proof of evidence and other documents attached to the case to ensure that the accused person was not punished unjustly.

Responding, FG’s lawyer, Mrs. Imana, while expressing her opposition to the motion, told the court that the business of the day was the arraignment of the accused person. She argued that the motion can only be looked into by the court after the arraignment.

Ruling on parties’ arguments,Justice Liman held that there’s no way the arraignment of the defendant can infringe on his fundamental rights. He noted that arraignment is only a part of criminal proceedings and not an aspect of trial.

The judge consequently, ordered that the charge be read to the defendant for his plea to be taken.

The defendant was subsequently arraigned on a 5-count charge of alleged N2.9 billion fraud. He however pleaded not guilty to all the counts.

In the absence of any opposition from the prosecutor, the defendant was admitted to bail in the sum of N20 million and a surety in the same amount.

According to the judge, the surety must have landed property within the jurisdiction and the location must be verified by the registrar/bailiff of the court.

Upon the arraignment of the defendant and granting of his bail application, his lawyer withdrew the application to quash the charge.