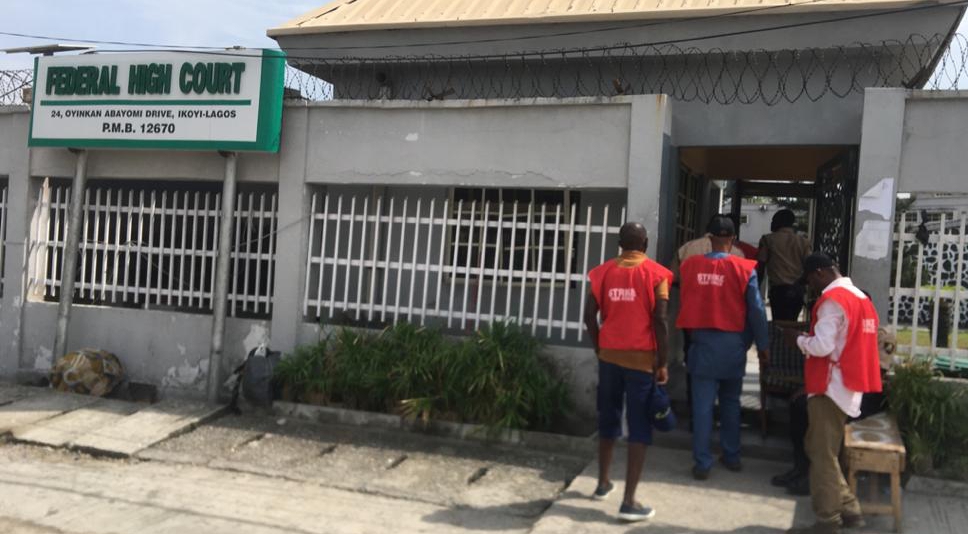 Strike: We Are Not Backing Down, JUSUN Exco

As the Judiciary Union Staff of Nigeria  (JUSUN) strike entered second week, the National Working committee (NWC) Task Force deployed for enforcement the total compliance of the strike to court were seen today, touring round the divisions of court in Lagos State.

The Lagos Chairman of JUSUN, Asiwaju Shobowale Kehinde, who led the Task Force said that they will also visit Surulere, Badagry, Apapa and Epe division of the court before going to Ikorodu to enforce the continuation of the strike action. He ascertain that their members fully complied with the order of the national body to press for their demands from the government.

Also, JUSUN’s the National Deputy President, Comrade Abioye Emmanuel said that their agitation is legitimate and sacrosant. Adding that they have been having series of meetings with different stakeholders in due course that shall be updated through the appropriate channel.

He assured their members that the executive of the group will not compromise or betray the trust repose in them. Noting that the moral is high all over the country and that they will not let their members down as he encourage them to be patience a little more.