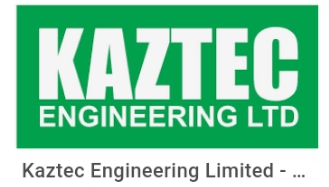 Kaztec Engr, Other Consortium Promises Nigeria Better Value from 4 Oil Assets
•Says DPR Did Due Diligence In cChoosing It

The Kaztec Engineering Limited and Salvic Petroleum Resources Consortium have promised to offer Nigeria better value in terms of increased revenue, local content boost, and more employment opportunity as they take over the operatorship of the Oil Mining Leases (OMLs) qm123, 124, 126 and 137 previously operated by Addax Petroleum.

The two firms also disclosed that they have commenced engagement with Addax to ensure a smooth and amicable transition of operations at the assets.

The Kaztec/Salvic consortium also stated that the Department of Petroleum Resources (DPR) deserved to be commended for doing due diligence and following relevant laws in making them the choice operators of the assets.

The four OMLs previously operated by Addax under a Production Sharing Contractor (PSC) arrangement with the Nigerian National Petroleum Corporation (NNPC), was revoked in March by the DPR due to non-development of the assets by Addax.

The promise by Kaztec/Salvic is coming barely one week after President Muhammadu Buhari overruled the DPR by cancelling the revocation of the assets and mandating the regulator to restore them to the NNPC, Addax’s contractual partner.

The new operating partners in a statement, promised to maximize the potential of the four assets to ensure that the government and the people of Nigeria benefit fully from the assets against the backdrop of the current energy transition in the world.

“The consortium intends to maximise the potential of the assets to ensure that the government and people of Nigeria reap their full benefits against the backdrop of the ongoing Energy Transition.

“In addition to optimizing production, the Consortium intends to deepen relationships with local communities, boost local content in all its ramifications and increase the employment and training of Nigerians, directly and indirectly”, the statement said.

The Kaztec/Salvic consortium said the DPR deserved to be commended for doing due diligence in picking it as the new operators of the assets, stating that the choice of the consortium was in accordance with the Nigerian Oil and Gas Industry Content Development (NOGICD) Act 2010.

It added that the new operating consortium had been carefully chosen by the government for their familiarity with the assets, noting that DPR proactively took concrete steps to boost the revenue accruing to the government from these underperforming assets.

Kaztec, one of the leading indigenous EPIC-M companies, with vast experience in offshore and onshore petroleum exploration and production, had collaborated with the previous operator on the assets for many years.

The consortium explained that the essence of the consortium was to ensure a seamless transition of operations with no disruptions in production or loss of revenue to the government.

“The choice of consortium is also in accordance with the Nigerian Oil and Gas Industry Content Development (Local Content) Act which was enacted in 2010 to promote indigenous operation of Nigeria’s oil and gas assets. Under the Act, seasoned Nigerian independent operators like Kaztec and Salvic are to be given first consideration in the award of oil blocks and oil field licenses,” the statement said.

The consortium disclosed that at the urging of the DPR, it had engaged with Addax to ensure a smooth and amicable transition of operations at the assets.

It noted that the DPR also directed that Addax and the new consortium engaged in an amicable resolution of all issues, including a commercial settlement, if needed.

It further said Nigeria and China will continue to enjoy cordial economic, political and social ties, and will cooperate to ensure the mutual development of their countries.

As part of its assignment, according to the statement, the new consortium is required to, among other things, operate the OMLs under a PSC with NNPC; and pay a Good and Valuable Consideration (GVC) of $340 million at the commencement of the PSC.

The Kaztec/Salvic consortium is also required by government  develop the significant oil resources which have been lying fallow, and ramp up production.

It is also expected to commence development of the large gas resources on the assets within 24 months –both for the domestic market and for export, in line with the government’s aspirations for the gas industry.

The government equally charged the new partners to ramp up investment in the OMLs so that production revenues, royalties and taxes to the government will exponentially increase, in addition to the upfront payment of GVC.

The statement recalled that Addax increased production from the four OMLs to about 130,000 barrels per day (bpd) from 1998 to 2009 and that in 2009, Sinopec (a Chinese state-owned company) purchased Addax Petroleum and obtained the rights to these assets.

It disclosed that no payments were made to the federal government during the purchase by either party, and that in recent years, there had been no new investments in the assets, leading production decline to 25,000 bpd by 2021.

This, the statement noted, resulted to significant reduction in revenue accruing to government, stating that, “in addition, large gas resources in the assets remain undeveloped, and excess gas has been continuously flared to the atmosphere, contrary to FGN policy and best-practice international environmental practice”.