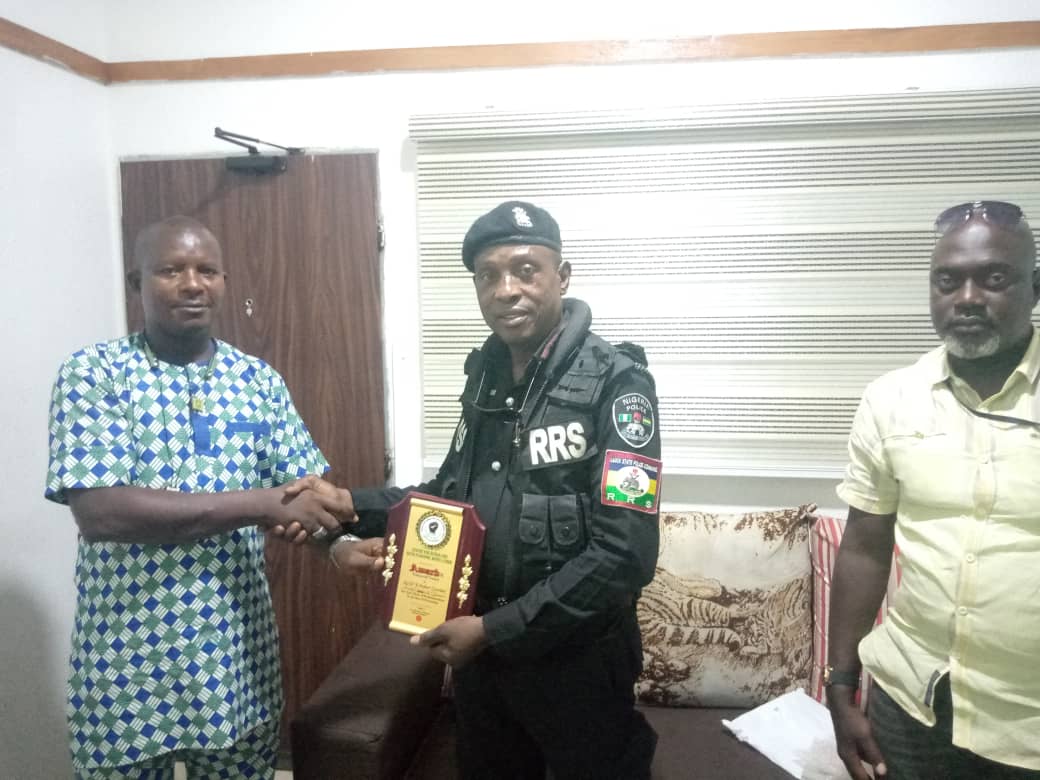 The Centre for Human and Socioeconomic Rights (CHSR) has commended both the Commander of Rapid Response Squad (RRS) Mr. Saheed Egbeyemi and an officer of the Squad, Mr. Erhabor Sunday, for their professional conduct in maintaining peace and order in Lagos State.

CHSR particularly, commended Mr. Erhabor, an Assistant Superintendent of Police (ASP) for the professionalism shown during during an encounter with a motorist, who drove against the traffic on Victoria Island, Lagos State, recently.

From Left the Awardee, ASP. Erhabor Sunday, (With His Award of Professional Conduct) SP. Ahmed Hakeem, 2 l/C RRS Receiving The Award of Leadership Per Excellent on behalf of the RRS Commander, Comrade Alex Omotehinse, President CHSR and Comrade Olatunde Owoeye-wise.

To this end, CSHR through its President, Comrade Alex Omotehinse, has bestowed on both Egbeyemi and Erhabor an “Award of Leadership per Excellent”.

Presenting the dou of Egbeyemi, a Chief Superintendent of Police (CSP) and ASP Erhabor with the award, Comrade Omotehinse said: “the award is for impacting professionalism on handling issue among the RRS personnel. And it also be a motivation for others security agents”.