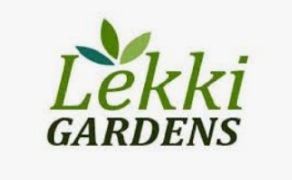 In defiance of the court order issued by Justice Oyekan-Abdullai of a Lagos State High Court, on July 1, 2020 in a suit marked LD/9224LMW/2020 and filled by Lekki Gardens Estate Limited against Osborne Foreshore Residents Association (OSFRA) and its principal officers, in which the court ordered parties to the suit should maintain status quo, the leadership of OSFRA, have on Wednesday, locked the entrance gate to the Estate thereby denying the workers and contractors of Lekki Gardens Limited access to carry out their lawful duties.

According to the Lekki Gardens Limited’s Chief Legal Officer/ Company Secretary, Barrister Steve Agbiboa, who was at the gate of the Estate from very early hours of the day, said the Estate’s residents ordered the security to put the gate under lock and key and stationed Mobile Police officer there to prevent the workers from gaining entrance to the Estate.

Barrister Aigbiboa stated that following the incessant disturbances and threats from the OSFRA membera to prevent Lekki Gardens Estate Limited to carry out its legitimate job, the company challenged the authority of OSFRA to unilaterally deny us lawful access to its sites as duly approved by the Lagos State Government.

“We were therefore surprised to get to the estate gates this morning to find our staff were being denied access, with OSFRA going as far as locking the gates against all users in their bid to unlawfully deny us access (pictures attached). The resulting traffic jam extended to the Osborne, Ikoyi road, outward Third Mainland Bridge constituting a nuisance to the general public and innocent road users”, Aigbiboa said.

Agbiboa also noted that the court order is subsisting and valid and that the action of OSFRA’s members is Subjudice to that order and flagrant disobedience of a competent court.

He said despite the intervention of the police led by the Divisional Police Officer (DPO) of Dolphin Police Station, Ahmed Abdulkareem, the Chairperson, Chinwe Ezenwa-Mbah, refused to open the gate.

The DPO and his team however helped to manage the free flow of traffic due to the congestion caused by the blockage. “OSFRA’s actions constitute self-help despite a valid court order and are tantamount to the unlawful seizure of and banishment from our legally owned properties within the estate,” Mr Agbiboa said.

“This is further evidence of OSFRA’s calculated and malicious attempt to frustrate the efforts of a legitimate and law-abiding business in furtherance of their misguided agenda in the name of condescending exclusivity”.