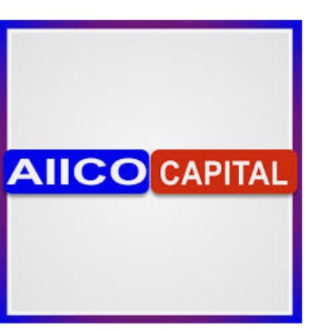 This is not the best time for AIICO Capital Limited, as the company has lost a whopping sum of N1.4 billion, to it’s three employees.

The alleged fraud was said to have been perpetrated by the trio of Onome Odometa Harriet, Olajumoke Okelanja Akano and Olabode David Ogunlere.

Meanwhile, the three fraud suspects  were on Thursday, brought before a Lagos Special Offences Court, Ikeja, on charges bordering for conspiracy and stealing a total sum of N1.4 billion from the company.

They were brought before the court presided over by Justice Oluwatoyin Taiwo, on a four count-charge of the offence, by the Economic and Financial Crimes Commission (EFCC).

Arraigning the defendants, EFCC lawyer,  Chineye C. Okozie, told the court that they committed the offences sometime in October till December 2020 in Lagos.

But all th defendants denied the allegations and pleaded not guilty to all counts charge.

Charges against the defendants as contained in the charge sheet reads, “That you, Harriet, between between October to November 2020 in Lagos, whilst in the employment of AIICO Capital Limited, dishonestly converted to your own use the sum of N419, 967, 351. 00 belonging to the said company.

“That you, Akano, between November to December in Lagos, whilst in the employment of AIICO Capital Limited, dishonestly converted to your own use the sum 167, 000, 000. 00 belonging to the said company.

The application which were vehemently opposed Okezie, however, on the ground that Onome is a flight risk who has a two-year valid visa to the United Kingdom.

“If the court should consider granting the defendants bail it should be on stiff conditions that will ensure the defendants’ attendance in court,” she said.

Olumide-Fusika in his submission said that Akano is a nursing mother and had never jumped the bail which was granted to her by the EFCC when she was being investigated.

He also noted that although Ogunlere was initially detained by the EFCC for five-days over the alleged fraud, he always honoured the anti-graft agency’s invitation after he was granted bail.Following the bail application of the defence, Justice Oluwatoyin Taiwo granted the three defendants bail in the sum of N50m with two sureties in like sum.

Justice Taiwo, while ordered that the defendants be remanded in the facility of Nigerian Correctional Services (NCoS) pending the fulfilment of the bail terms, adjourned the matter till October 12, 2021 for trial.