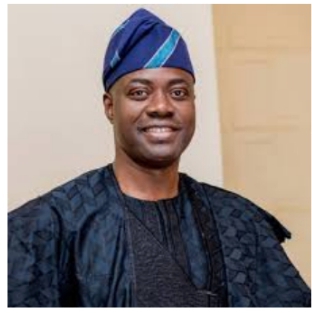 The incessant and ravaging flood confronting Oyo State, especially Ibadan metropolitan city, may become worst as the World Bank cancelled its funding supports to the Second Pool of Long-Term Investment (PLT12), implemented under the Ibadan Urban Flood Management Project (IUFMP) Oyo State, over the current government failure to conclude award of contract to the successful bidders for the projects.

A non government organisation, Ibadan ‘Koya, alleged that the government of Governor Seyi Makinde has failed to conclude the contract award of the successful bidders for the four Lots (3A,3B,4A & 4B) under the World Bank international Competitive Bidding Process, which attracted public outcry sometimes February this year.

The NGO, an anti corruption coalition had raised an alarm that the State may lose the opportunity provided by the World Bank to construct formidable flood control drainages in Ibadan, unless the Governor is prevented from imposing his chosen contractors against qualified engineering firms preffered by the World Bank.

The Coalition’s Coordinator and secretary,  Messrs Oladele Morufu and Joel Adeoye respectively, are calling, “on well-meaning Nigerians, especially the people of Ibadan and Oyo State in general, to prevail on Governor Makinde from further delaying the announcement and submission of names of qualified contractors to the World Bank, sponsoring the projects before it is too late”.

However, the State government has vehemently denied such development, claiming it has put in place necessary machinery for the smooth taking off of the huge flood control project.

Ibadan Urban Flood Management Project (IUFMP) is a World Bank-assisted Project established and secured funding by the former Governor of Oyo State, late Senator Abiola Ajimobi, to respond to the issues of flooding that the state had been experiencing.

In a letter signed by the World Bank Country Director for Nigeria, Western and Central Africa Region, Mr. Shubham Chaudhuri, dated July 30, 2021, addressed to state Governor, Engr. Seyi Makinde, (copy of which was obtained) conveying the cancellation of the project and the withdrawal of $52 million (about N26Billion) funding supports, the World Bank frowned over the failure of the State government to meet the basic conditions for the no objection for the three companies that emerged under the World Bank supervised bidding process since May 5, 2021.

The Bank also condemned the poor and slow response time of the Engineer Makinde’s government to IUFMP activities, which it said have largely affected the agency’s ability to perform effectively.

It will be recalled that the bidding process has taken unprecedented 8 months from bid opening to the temporary award of the contracts, according to sources due basically to the insistence of the State Governor to awarding same to his preferred contractors, though unqualified companies.

Information gathered confirmed that the State Government through the office of the Commissioner for Finance, Mr Akinola Ojo, who supervised the Project, has not been forthcoming in responding to all the conditions precedent to final approval by the World bank since May 2021 when the conditional approval was given.

Inside sources also informed that “the low capacity of IUFMP on safe guard & project management, government bureaucracy and elongated approval stages in the State coupled with the lack of progress on the implementation of the First Pool of Long Term Investment (PLT11) which was awarded in April 17, 2020 to companies linked to the governor cronies, has resulted in the decision by World Bank not to extend the Ibadan Urban Flood Management Projects beyond June 2022 closing date”.

Sensing that the government cannot conclude the projects within the stipulated June 2022 date earmarked for the projects,” the World Bank informed the Governor that they are in agreement with the Federal Government to initiate cancellation of additional $100 million before June 2022 project closing date with the attendant effect of the said World Bank diverting the funds to the Northern States of Nigeria in accordance to President Muhammadu Buhari request to the World Bank Board to scale up supports and help rebuild the Northern States which have been ravaged by the Boko Haram insurgency at the detriment of the Southern States of the country.

The incident of flooding has been a recurring event in Ibadan, the third largest metropolitan area in Nigeria, the most recent flooding event took place on the 26th August, 2011 resulted in a death toll of more than 220 people and serious damages to assets, properties and infrastructures, making many homeless and destitute.

Responding to the cancelation of the sponsorship of the project, the non governmental organization, Ibadan Kò ‘Yà, which raised the alarm in February stated, “it is unfortunately that the present government did not know how much efforts required to access World bank fund. Surely it is on the verge of losing the funding through their non-diligence prosecution of the projects and selfishness”.

A statement signed by coordinator and secretary of the anti corruption group,  Messrs Oladele Morufu and Joel  Adeoye respectively obtained by the media stated further, “Flooding in Oyo State, especially in Ibadan in recent times was compared to the incident reminiscent of the Ogunpa flood disaster that occurred in the city in 1980, but on a larger scale and with more devastation this time around. Over one hundred  lives were reportedly lost with property damaged estimated in billions of naira.

“With all these, one would have expected The Project Implementation Unit (PIU) of IUFMP and Oyo State Government under Engr. Seyi Makinde to work assiduously towards a full implementation of the Project’s programme of works, so as to ensure achievement of the anticipated outcomes of community flood resilience in Ibadan and environs.

“But sadly instead Governor Seyi Makinde has allowed personal aggrandizement and greed to over shadow the bigger picture of curbing flood disaster in Oyo State.” the group added.

Effort to get the government respond to the issue fail as calls placed to the Chief Press Secretary (CPS) to the Governor, Mr Taiwo Adisa were not answered.