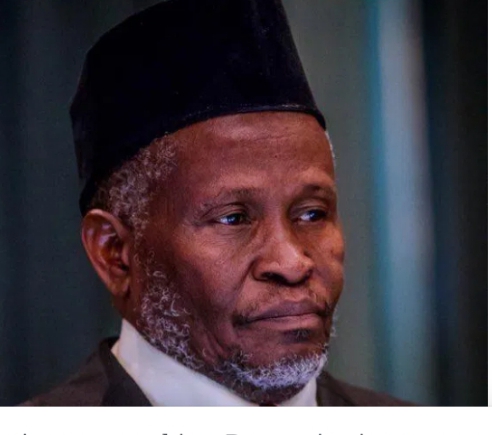 The Supreme Court has denied a list being circulated online as names of lawyers penned for the award of Senior Advocates of Nigeria (SANs) rank for 2021.

Festus Akande, Director of Press and Information at the Supreme Court, in a statement, described such list as “fake” and urges the general public to discountenance it.

The Legal Practitioners’ Privileges Committee (LPPC), a body chaired by the Chief Justice of Nigeria (CJN), and concerned with giving the highly coveted award to deserving lawyers annually, is domiciled at the Supreme Court.

Mr Akande said the 2021 list of SANs-designate in circulation did not emanate from the LPPC.

“We wish to state clearly that the above information is fake, unofficial and untrue.

“It’s a mere figment of the imagination of the authors, who may ostensibly be on a mission to impugn and malign the reputation and integrity of the LPPC, with a view to causing confusion and skepticism in the public space.”

He noted that the LPPC traditionally announces names of successful applicants for the award of SAN rank in reputable national dailies, adding that this year’s edition would not be an exception.

The LPPC warned that purveyors of fake news would be arrested and given appropriate sanctions to serve as deterrent to others.

“The information should be discountenanced by whosoever might have come across it. For the umpteenth time, we wish to let the public know that any information, especially issues regarding the above topic, can only emanate from the office of the LPPC Secretary/Chief Registrar of the Supreme Court of Nigeria. Anything outside this official source should be disregarded.

“The perpetrators of such illegal act would be apprehended and given appropriate sanctions, to serve as deterrent to others that might be waiting in the queue to do same in the future.

“The LPPC Secretariat wishes to appeal to bloggers of various lawyers’ platforms to henceforth refrain from posting or publishing or aiding in the circulation of unauthorised materials or fake documents said to originate from Legal Practitioners Privileges Committee. The Committee may be forced to refer the conduct of such bloggers, who are legal practitioners, to the appropriate disciplinary committee of Body of Benchers. A word is enough for the wise.

“On this note, we wish to inform and assure our esteemed legal community and the general public that the authentic official list of the successful applicants that emerged from the second filtration exercise by the LPPC will be made public through advertorials in the national dailies in due course,” the statement stated.

The SAN rank is the equivalent of the United Kingdom’s Queen’s Counsel (QC).

Sought by every lawyer called to the Nigerian bar, the SAN rank sets the holders apart from the other lawyers as distinguished and respected legal practitioner.

The rank also gives the holder the privilege of sitting in the front row during court sessions, a portrayal of the inner bar a lawyer is admitted into with the conferment of the SAN rank.

Among other privileges, a SAN is entitled to having his or her case called by a judge ahead of those of other lawyers in the outer bar.

The LPPC confers the rank on deserving lawyers in the academics and advocacy categories annually.

The recipients are sworn in by the CJN annually at the ceremony marking the commencement of the new legal year of the Supreme Court, which usually holds in September.