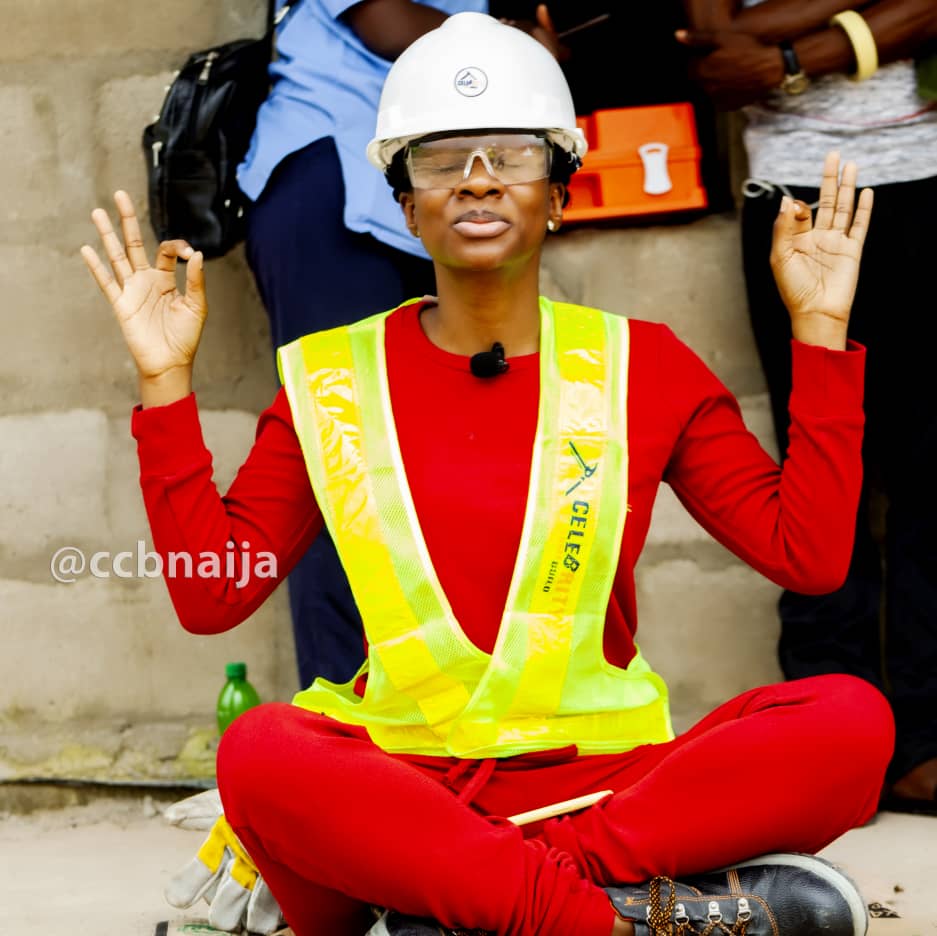 Anto Lecky, One of The Celebrities At The Reality Show

CCBNaija’s Brain Machine, Anto Lecky, Speaks On Why She Focused On Winning  •As Celebrities get busier on electrical fittings and fixtures

The multi-talented Nigerian-American personality, who hails from Edo State, was born to the family of Mr and Mrs Lecky in Newark, New Jersey, in the United States of America over 3 decades ago. Her intelligence and smartness is a force to reckon with among other contestants in the show.

When asked how her stay in the House has been so far, she smiled and said: “It’s been fun and interesting. I am always interested in learning and trying new things. That’s why I came into the show and I’m having a great time working on a house and it’s also interesting being around my colleagues. It’s not bad but, honestly, I can’t lie; I want to win the prize and then go back to my house, because I prefer my own space”.

Anto strongly believes that despite the fact that there are others in the house that has fans with more money than hers, she is at an advantage winning the show.
“I believe I have the grace of God first and foremost. In general, I am working really hard; anything I do I put all of myself into it and I’m not taking this lightly. I’m a little bit relaxed, but I’m very serious about the work and I truly do want to win. I can be very honest: there are people who have an advantage when talking about fans, there are people who have more fans than me; there are people who have fans with more money than me. I’ve been in a reality show before so I know how this game works. I am hoping that people that are watching this show are more interested in what’s happening on the show and not just how they feel about people off-screen. I think I am doing my best” she said.

The reality star’s biggest passion to date includes health and wellness, sports, education, and women’s affairs. Recently, some of her colleagues are falling ill due to the rigours and stress of the project. Asked how she has been able to resist falling sick, the Melanin queen said: “Odeshi dey for my black skin! (Laughs). Honestly, I’d say it’s the grace of God that I am doing very well. I think I am very focused on the task. I think sometime people fall ill because it’s more of mental thing; lots of time not because something beat you or what have you, just that you are not really in a mental state to be focused on a task; and I’m not allowing myself to get sick because I want to make it to the end and I want to win the house.

“I actually suffer from some digestive issues, but I’m not complaining about it because complaining is not going to solve the issue. So I am just most interested in whatever I have to do to win the prize at the end of the day. I’m just hoping I don’t fall sick; even if I do, I think I will be strong enough to push through.”

Anto Lecky is a huge role model when it comes to education, obtaining her BA and dual Masters degrees in Business Management and Sports Management, she was conferred with honorary doctorate in Business Administration from ISCOM University, Benin Republic.

Reacting to housemates calling her a genius, she smiled and said: “I don’t know if it’s genius; that’s a big word. I’m very grateful that they do think that I am intelligent and smart. I do try, I can be honest, I am a bad bitch; forget I know the book well, I know that but I do think that I am actually trying my best to understand. That’s the difference; some people feel like being brilliant or smart is natural. It might be natural, but I do think that if you focus and pay attention to things and you practice, you will gain the knowledge either way. I don’t think there’s anything that is more special. Yes, I have masters, honorary doctorate, etc., I just think in general because I am very dedicated to the course and I love to learn new things”.

There’s no way one will take away romance from a reality show, as such CCBNAIJA can boast of the love tango between Rosie and Ruggedman. When asked what her opinion is, she laughed out loud saying: “That one is strictly just cruise, it’s just cruise; they are just having a good time. You know, we are all locked up in this place, it’s not as tight and confined as other reality shows, but we are away from our loved ones for days on it. I think everyone is just having their different kinds of fun; but I don’t think it’s anything serious”.

Though, raised in New Jersey (USA), her parents taught her about the culture and traditions of Nigeria; as such her mindset to dealing with people of different kinds of backgrounds, attitudes and skill level is felt in the show.

“One thing I’d take away is also something I don’t think is a new thing: it’s something I’ve learnt before but it’s a re-enforcement that when you really put your mind to things you can accomplish anything; and if you have patience and just grace that you would be able to deal with people of different kinds of backgrounds, attitudes and skill level. I really think that if you focus on the task things will really be easier. I feel like in life most people are always complaining about things, but I’ve learned that it’s very important to be a problem-solver. So, I am always ready to get my hands dirty, always ready to get involved. I think if you know how to be a problem-solver, life will be much easier,” she states.

Speaking of the funniest housemates that bring her out of her shell, she called out Josh2funny because to her, he’s naturally funny and hilarious. “I think, I’d say the funniest is Josh. His name is Josh2funny and he’s naturally funny and hilarious. He’s not fine; he’s just too natural for him. I don’t think he’s trying to do it on purpose or bring me out of a shell; he is just a funny guy”.

Thursday’s task was about electrical fittings and fixtures, which includes the wall brackets, switches, sockets, internal lighting fittings and wall screeding. It was fun seeing your celebrities carrying cables, rolling it and getting busy for the ultimate prize of N120 million, inclusive of a 5-Bedroom Duplex in Lekki, all-expense paid trip to Dubai, and lots more.

The winner of CCBNaija can ONLY be determined by YOU, the viewer. Bear in mind that one lucky fan with the highest vote wins a 3-Bedroom Bungalow built by the celebrities. As a fan, the more votes you cast for your favourite celebrities the better your chance of winning the prize.

To vote for your favourite celebrity in Nigeria, visit: www.ccbnaija.com/vote Click on the vote icon beneath your preferred celebrity’s name: fill the form, submit, choose your preferred payment method, and complete the steps.

For voters outside Nigeria, visitwww.ccbnaija.com/vote CLICK on the international vote button at the top of the page, click on the vote icon beneath your preferred celebrity’s name: fill the form, submit, choose your preferred payment method and complete the steps.

The Show’s Media Co-ordinator, can be reached via her Instagram, @officialtheresamoses