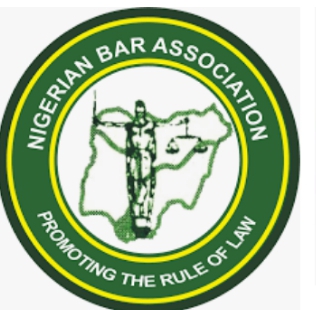 The National Executive Council (NEC) of the Nigerian Bar Association (NBA) has said it would publish the names of its members indicted for conflicting orders.

It stated this in a communiqué issued after its quarterly virtual meeting held on February 23.

In the communiqué signed by NBA President Olumide Akpata and NBA General Secretary Joyce Oduah, the NEC revisited the matter, other issues affecting the Bar and the country.

The NEC also considered the “purported amendment of the Rules of Professional Conduct, [RPC], the welfare and wellbeing of legal practitioners, the ongoing NBA-NHIS National Health Insurance Scheme, the proposed NBA–Access to finance, harassment of lawyers and the deplorable state of security in the country,” amongst others.

Part of its resolutions include: “NEC resolves to petition members of the association involved in the unethical act to the Legal Practitioners Disciplinary Committee (LPDC), to serve as a deterrence to others.

The Council also agreed to publish the names of members affected.”

On the change of guard of the association’s leadership, the NEC approved “Saturday, the 16th day of July, 2022 for the conduct of the NBA National elections and also resolves to hold a ’24-hour’ time bound election.”

The NBA-NEC also worried about the role of its representatives in statutory bodiesIt said: “NEC expresses concern over the seeming deliberate attempt by her  representatives in statutory bodies to bring the association to disrepute. NEC therefore resolves that all her members nominated to, recommended for, or appointed into boards, councils and statutory bodies by the association or by virtue of membership, shall be required to report on their activities in such bodies at the quarterly meetings of the National Executive Council.”

“As seen in a viral video on social media, NEC decries in its entirety the inhumane treatment, manhandling and physical assault of a legal practitioner by uniformed officers of the Nigerian Custom Service. NEC urges the NBA to embark on a nationwide campaign against the  continuous harassment of lawyers by security agencies and incessant violation of the Rule of Law in the country.”

It further condemned “in the strongest terms possible, the worsening security situation in the Nigeria including the unending insurgency, ceaseless abductions, kidnappings and attacks on communities and individuals and in recent time, ritual killings of citizens.NEC calls on governments at all levels and their agencies to devise creative ways to live up to their obligation of protecting the lives and properties of Nigerians.”

The statement stated: “in view of the suit filed by the association against the Attorney-General of the Federation (AGF) pending before Honourable Justice Okorowo of the Federal High Court sitting in Abuja, NEC notifies members that the matter is scheduled for Thursday, the 24th day of March, 2022 and encourages members to be present in court on the said date.”

NEC resolves to reinstate the holding of physical (NEC) meetings with the condition that Branches who do not attend, and do not cancel their hotel reservation will pay for same. NEC consequently agreed to hold the next meeting in June, 2022.