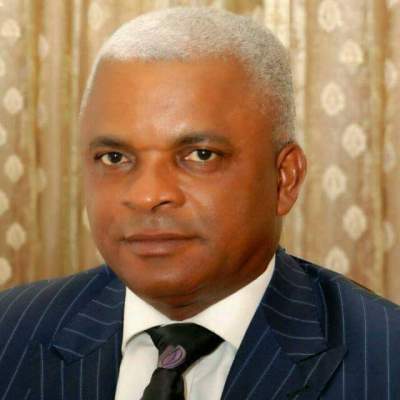 Further hearing of the trial of three men who allegedly defrauded a former House of Representative, Honourable Eseme Eyiboh, of the sum of $1.632 million and N46.5 million, has been adjourned till January 22, 2021.

The defendants were charged before the court by the men of Police Special Fraud Unit (PSFU), Ikoyi, Lagos.

SFU in a criminal charge numbered  FHC/L/435c/2017, alleged that the accused persons and others now at large, had between June 2016 and August 2017, at Jatoz Royal Hotel, Osolo Way, Ajao Estate, Lagos, conspired among themselves and falsely presented themselves to Honourable Eseme Sunday Eyiboh, a former House of Representative from Eket Federal Constituency, Akwa Ibom State, as accredited representatives of International Foreign Exchange Monitoring Agency/Bureau, in Nigeria.

Thereafter, they fraudulently collected the sum of $1.362 million in three tranches of $1.230 million, $20, 000, and $112, 000, and the sum of N46, 533 million, from Honourable Eyiboh, with the pretence that they can use the position to deliver vehicles and industrial machines at affordable and official exchange rates.

It was also alleged that the third defendant, Alhaji Jimoh Saka, alias, Peter Ajayi, supplied others accused with the bank accounts domiciled in First Bank and and First City Monument Bank (FCMB) into which the sum of N46. 533 million was paid in by Eyiboh, and later handed over the money to other accused persons.

The offences according to the prosecutor, Mr. Emmanuel Jackson, a Chief Superintendent of Police (CSP) a are contrary to Sections 8(a), 1(1)(a) and 8(9), and punishable under Sections 1(3) of the Advance Fee Fraud and Other Related Offences Act, No. 14 of 2006.

All the accused persons pleaded not guilty to the charges. And they have been admitted to bail in various terms and conditions.

At the resumed trial of the defendants, the  fraud victim, Honourable Eyiboh, consistently maintained that the second defendant, Stephen Victor, introduced himself to him as Honourable James Ajayi, adding that that was the names he maintained while fraudulent transactions lasted.

When asked by the counsel to the defendant, Solomon Izekor and Sylvester Efem, if he has any evidence to establish his evidence, he stated that his evidence were contained in his statement to the police.

He also told the court that the money which was defrauded of, were money paid to his company by Mobil, for supply of pipelines and 30 seaters Costal buses.

He also told the court that the total contract sum $1.9 million USD, adding that there were documents he signed for the contract.

However, Justice Hassan, turned down the request of the counsel to the second and thire defendants, Mr. Efem, to use the uncertified photocopy of Honourable Eyiboh’s company’s application letter to Mobil for the contract, following Mr. Jackson request that it should be rejected and marked as ‘tendered and rejected’, as proper foundation was not made as stipulated by the Evidence Act.

Upon rejecting the document, counsel to the defendants demanded for adjournment, and the matter was adjourned till January 22, 2021, for continuation of cross examination.