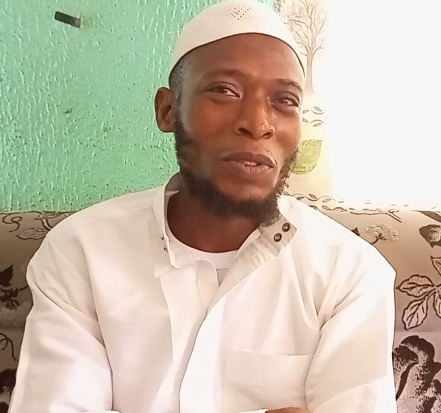 An Ikeja High Court of Lagos State has discharged and acquitted a part-time Arabic teacher, Mr. Anisere Sulaimon, of a defilement and sexual assault charge after he spent almost four years in behind the bar.

Justice R. A. Oshodi, who presided over the court ruled that there was no prima facie case against Sulaimon, who was a final year student of the Adeniran Ogunsanya College of Education at the time of his arrest in 2018.

Sulaimon, a resident of Abesan Estate in Ipaja, Lagos, was accused of defiling and sexually assaulting a then four-year-old child at Mahadu Ridwanullah Arabic and Islamic School, Opeki in Abesan Estate.

He had since denied the allegation.

His counsel, Mr. Ahmed Adetola-Kazeem, filed a no-case submission, which the court upheld.

The judge agreed with Adetola-Kazeem, that apart from Sulaimon denying the charge, the prosecution’s lone witness (Mercy Oluranti) also testified that she was aware that it was a relation of the child that used to have carnal knowledge of her.

The court noted that the witness said one Kehinde Adedeji, who is an uncle to the child, confessed to the crime of defiling the four-year-old.

Justice Oshodi held: “the prosecution has not made out a sufficient case to warrant the defendant being directed to put up a defence to count one. I uphold the no-case submission in relation to this count and, therefore, accordingly discharge and acquit the defendant on this count.

“Count two, relates to the same victim, but this time, the penetration of her vagina in a sexual manner by the defendant.”

The court observed that the witness did not witness the alleged offences, adding that, like for count one, “the evidence of Prosecution Witness One (PW1) does not raise a prima facie case,” and that “there is no ground for proceeding with defence, I hold that the no-case submission succeeds. The defendant, Anisere Sulaiman, is accordingly discharged and acquitted.”

Sulaimon was charged before an Ikeja Chief Magistrate court on June 5, 2018, on the allegation of defilement and sexual assault and remanded at the Kirikiri facility.

The Magistrate, Mrs. Bolanle O. Osunsanmi, had ordered that he be kept behind bars pending advice from the Directorate of Public Prosecutions (DPP).

Earlier, the prosecutor, Mr. Ezekiel Ayorinde alleged that Sulaimon committed the offence in 2017 at his mosque.

The case was adjourned until July 9, 2018 for mention.

Following the DPP’s report, the case was subsequently moved to the high court and Sulaimon was arraigned on October 9, 2019, before Justice Sybil Nwaka.

He pleaded not guilty to an amended two-count charge.

But, the case was transferred to another court when Justice Nwaka was elevated to the Court of Appeal.

He was again accused of defilement and sexual assault by penetration. Both offences were contained in an amended charge dated October 8, 2019.

He pleaded “Not guilty” and the trial commenced on November 8, 2021.