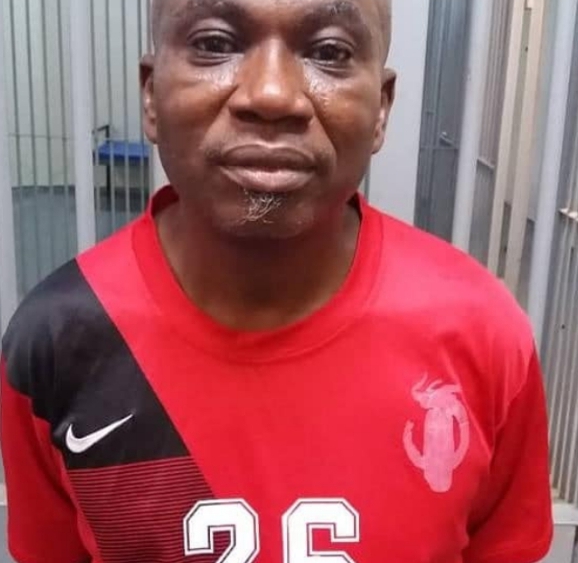 Justice Tijjani Ringim of a Lagos Federal High Court, has refused the bail appllication filed by a Qatar-based Nigerian, Agudozie Peter Ihie, who was charged before the court for smuggling into Nigeria, 650 grams of Cocaine, by ingestion.

Agudozie was arraigned before Justice Ringim’s court by the National Drugs Law Enforcement Agency (NDLEA), on a two count-charge of unlawful importation of the named drug on January 25, 2022.

The offences which the prosecutor,  Juliana Imaobong-Iroabuchi, told the court, contravened section 11(a) of the National Drug Law Enforcement Agency Act Cap N, 30 Laws of the Federation of Nigeria 2004, and punishable under the same Act.

The defendant had denied the allegations, upon which his lawyer, Chief Benson Ndakara and the prosecutor argued on his bail appllication.

However, Justice Ringim, while ruling on the argument canvassed on the bail appllication, dismissed all the submissions made by the defendant’s lawyer, Ndakara. But acceded to the prosecutor’s submissions, who had argued that the defendant is a “flight risk’ and that he will not turn up to stand trial on charges against him.

Justice Ringim, after refusing the defendant’s bail, that the charge will be giving accelerated hearing.

The judge consequently, adjourned to May 25, for commencement of defendant’s trial.

During the arraignment of the defendant, the prosecutor told the court that the defendant, was arrested on May 25, 2021, unlawfully imported the banned substance, at the ‘E’ Arrival Hall of the Murtala Mohammed International Airport, Ikeja Lagos, while  on board of Qatar Airways, enroute  Kenya to Nigeria.

She told the court that the defendant, while on board the aircraft, excreted parts of the substance and hid it in his socks and private part. Adding that upon his arrest, he also excreted more of the while under observation.