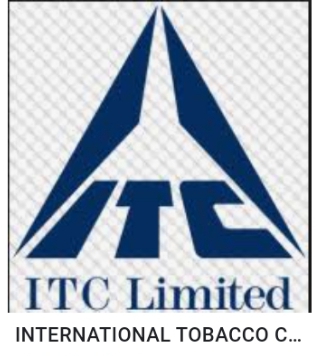 The Akure, Ondo State division of the National Industrial Court of Nigeria (NICN) has ordered International Tobacco Company Limited, to pay it’s former employee, Boyede Oluwafemi, the sum of N10 million, for general damages, for dismissing him wrongfully from service.

Justice K. D. Damulak, also award cost of N300, 000.00 against the tobacco firm in favour of his former employee.

The judge also ordered the tobacco firm to pay the Judgment sum within 14 days of the judgment or the said sums shall attract 10% interest per annum till…..

The claimant, Boyede through his lawyer, A. T. Smith, had dragged the tobacco firm before the court in a suit marked NICN/ IL/10/2021, filed on October 18, 2021, wherein he asked for the the following reliefs; “a declaration that the purported query and subsequent suspension of the  claimant was issued maliciously against the claimant, without due consideration to the statutory procedures and the basic fundamental rules of fair hearing, hence, null, void, of no effect whatsoever and must therefore be retracted by the Defendant.

“A declaration that the purported letter of Summary Dismissal with immediate effect dated 21st September, 2021 of the claimant, is illegal null, void and of no effect whatsoever and therefore be retracted by the Defendant.

“An order compelling the Defendant to reinstate the claimant and to forthwith pay all the accrued salary, allowances and benefits ( emolument) arrears thereof up to the date of the judgment.

“A sum of N20 millionaire as aggravated and or exemplary damages for the untold agony and emotional distress caused by  the Defendant to the claimant on the footing of the unjustified malicious suspicion and Summary dismissal since 21st  September, 2021.

In the suit, the claimant, who testified by adopting his written deposition on May 9, 2022, and the summary of his 32 paragraphs deposition in support of his 37 paragraph statement of facts is that he is a labour cleaner (C81) Environmental Department, of the company, working directly under the HOD of Environmental Health safety (EHS) as a tractor operator with the tobacco company, where he had been working since August 1, 2011, but had his appointment confirmed on February 8, 2012.

The claimant also told the court that he was invited by HR Executive on August 13, 2021, who handed him and two others (Femi Ilori and Segun Olarewaju) to the police, but he was later released on the third day. Adding that on August 16th, 2021, while at the premises of the tobacco firm, to resume for his duty, he was handed a query on the theft of ASPEN CFT tobacco from Human Resources Executive of the Defendant. And he immediately forwarded to the firm with his hand written reply to the query dated August 16, 2021,  and maintained that I did not know anything about the crime.

The claimant also told the court that as at the time he was issued all the suspension letters and the summary dismissal, the Police ‘A’ Division was still investigating the matter and he have not been charged before any court nor did tobacco firm gave him fair hearing to hear my own side of allegation against me which is criminal in nature.

However, during the pendency of the suit, the tobacco firm declined accepting all the processes filed by the court. The company still failed and refused to accept services despite being served by substituted service as ordered by the court, and also failed to file any counter to the suit.

Delivering Judgment In the suit on May 20, 2021, Justice Damulak held that: “In deciding this case on its merit, the evidential burden on the claimant is minimal. See Apostle Peter Ekweozor and others Vs Registered Trustees of Saviour Of Apostolic Church of Nigeria (2020)LPELR- 49568(SC)

“The evidence of the claimant is alone and there is nothing on the other side of the scale to contradict same. If the evidence is believable then the court should rely on it.

“The averments and oral evidence of the claimant are well supported by the documentary evidence (exhibits) tendered and admitted in evidence.

“The main complaint of the claimant is that investigation into the criminal allegations was still ongoing and he was dismissed without a hearing by the defendant thus he was not given fair hearing. This is as captured in the claimants’ deposition at paragraph 25 in line with paragraph 28 of the statement of facts. The said paragraph 25 of the witness deposition is as follows;

“That as at the time of issuing all the suspension letters and the summary dismissal, the police ‘A’ Division was still investigating the matter and I have not been charged before any court nor did Defendant give me fair hearing to hear my own side of allegation against me which is criminal in nature.

“It is also the evidence of the claimant that when he was queried by the defendant, he wrote a reply denying the alleged crime. I find this to be true having read the claimants reply to the query issued to him.

“This piece of evidence that the criminal investigation was still ongoing, he was not heard by the defendant and that he denied the allegation of crime in his reply to the query stands uncontradicted, is believed by the court and accepted as true. Accordingly, I hold that the claimant was dismissed while a criminal allegation was still pending against him and he was not given fair hearing. The dismissal is wrongful and it is so declared.

“To the claimant’s reliefs, relief one is for a declaration that the suspension was malicious. There is no evidence of malice. Suspension alone does not amount to malice even if the investigation exonerates the claimant. The elements of malice must be shown and this has not been done. Prayer one is refused.

“Prayer two is for a declaration that Summary Dismissal is illegal null, void and of no effect whatsoever must therefore be retracted by the Defendant. This prayer is only suitable in a statutorily protected employment not a master servant employment relationship as in this case. The court can only declare the dismissal wrongful and I so declare.

“Prayer four is for N20,000,000.00 aggravated /exemplary damages. For wrongful dismissal, the employee is entitled to damages, be it simply general damages or be it aggravated/exemplary. I award damages of N10,000,000.00 (Ten Million Naira) against the defendant  in favour of the claimant.

“The sums are to be paid within 14 days of this judgment or the said sums shall attract 10% interest per annum.

“This is the judgment of the court and it is entered accordingly.”