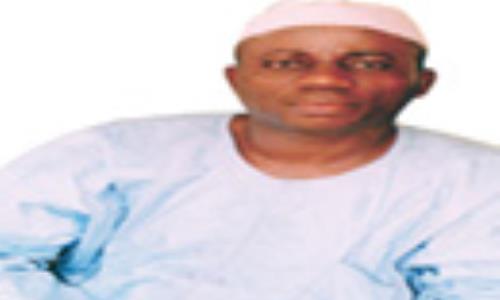 Alagbada a music promoter who promoted Late Fuji Maestro, Sikiru Ayinde Barrister and many others.

The Attorney-General of the Federation (AGF) had filed a suit marked FHC/L/CS/2212/19, seeking an order of the court to extradite the music producer, Alagbada, to USA to face two counts charge of conspiracy to distribute, possess and importation of one kilogram of heroine.

Moving the application for Alagbada’s extradition, today, Mr. Akutah, told that the application is dated and filed on November 29, 2019 with three paragraphs affidavit and a written address.

He particularly told the court to considered exhibit ‘B’, a Certified True Copy (CTC) of warrant of arrest of Alagbada Lateef, case No. 17-CR-227-JMV, dated and issued on June 15, 2017, by a United State’s District Court of New Jersey.

He also told the court to discountenance one of the exhibits in Alagbada’s counter affidavit to the AGF’s extradition application, a newspaper publication, on the ground that the language which the newspaper was published was unknown to the court.

He urged the court to grant the application and order the extradition of Alagbada to USA to face the charge pending against him.

Responding, Alagbada’s counsel, Dr. Oni, urged the court to strike out the application for lacking in merit.

Oni told the Court that not to discountenance the application on the ground that the Saudi Arabia government had released his client after detaining him six months on the same allegations, as they could not fine any evidence of drug dealing against him.

Alagbada’s counsel told the court that in 2017, after the alleged offence was committed, his client applied for Visa to USA but same was rejected. Adding that if truly the American Government are looking for him, his Visa would have been granted to facility his trial in the United State.

In urging the court to discountenance the extradition application against his client, Oni told the court to hold that the newspaper publication which is marked as exhibit B.

Justice Hassan, while adjourned the matter to April 22, for judgment, also ordered that the music promoter be remanded in the custody of Nigerian’s Interpol.

In the AGF’s affidavit in support of Alagbada’s Extradition application deposed to by Henry Tekemeka, an Executive Officer, at the Central Authority Unit, International Cooperation Department, Federal Ministry of Justice, Abuja, averred that the United States of America has submitted a request to him to the Extradition of Alagbada Lateef and that he is satisfied that provision is made by the Laws of the United States of America, such that so long as Alagbada Lateef has not had reasonable opportunity of returning to Nigeria, he will not be detained or tried In that Country for any offence committed before his surrender other than the extradition offence which may be proved by the fact on which his surrender is granted.

He states that he is satisfied that the request for the surrender of Alagbada Lateef was not made for the purpose of prosecuting or punishing him on account of his race, religion, nationality or political opinions and that the said request was made in good faith and in the interest of justice. And that Alagbada Lateef, if eventually surrendered, will not be prejudiced at his trial and will not be punished, detained or restricted in his personal liberty, by reason of his race, nationality or political opinions.