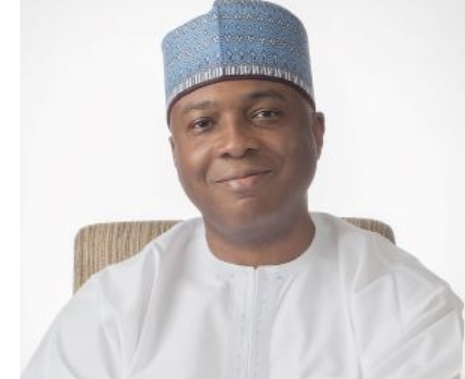 Justice Muhammed Liman of a Lagos Federal High Court, has fixed February 19, 2021, for judgment in a suit filed by the Economic and Financial Crimes Commission (EFCC) for the total and final forfeiture of two properties belonging to the former Senate President, Abubakar Bukanla Saraki.

Justice Liman fixed the date on Tuesday, after parties adopted and argued their final written addresses.

The court had on October 21, 2019, while granting an exparte application brought before it by the EFCC and argued by its counsel, Mr. Nnemeka Omewa, ordered interim forfeiture of the two properties located on 17 and 17b, McDonald Road, Ikoyi, Eti-Osa Local Government Area of Lagos State, which were said to be reasonably suspected to have been acquired with proceeds of unlawful activity.

Upon being served with the interim forfeiture order, the former Senate President, through his counsel, Mr. Kehinde Ogunwunmiju (SAN), approached the court for discharged of the interim order.

The judge, however, declined to discharge the interim order, rather, he ordered parties to show cause why the two properties should be forfeited or not to the Federal government.

The Court commenced hearing on the motion for final forfeiture of the said properties on February 6, 2020.

During the hearing of the application for final forfeiture, the EFCC called three witnesses and tendered several documentary evidence, which were admitted  by the court.

The EFCC had through its counsel, Omewa, applied to court to forfeit the properties to government on the grounds that buildings were obtained with loans from GTBank and repaid back with Kwara State funds.

Consequently, he applied to court to finally forfeit the properties to government on the grounds that buildings were obtained with loans from GTBank and repaid back with Kwara State funds.

But Saraki through his lawyer, Ogunwunmiju (SAN) had told the that he was already a successful businessman with properties worldwide before he came into politics. He told the Court that EFCC must prove to the court that such property was proceed of unlawful act.

At the resumed hearing of the matter on Tuesday, the EFCC through its counsel, Omewa, while citing plethoras of authority, said his agency has successful established that the money used by the former senate president, Mr. Saraki, in acquiring the two properties sought to be forfeited were bought through illicit funds.

However, Saraki’s counsel, Mr. Ogunwunmiju (SAN), in urged the court to dismiss the EFCC’s motion on the ground that the agency has failed woefully to proof its case against his client.

The EFCC in an affidavit attached with the motion for final forfeiture of the said properties, deposed to by one of its investigators, Olamide Sadiq, alleged that the Former President of the Nigerian Senate acquired the two properties with proceeds of unlawful activity.

Part of the affidavit reads, “trend of cash lodgments into Saraki’s account became suspicious and in order to further  disguise the source and origin of this money, the respondent changed the pattern of payment and started making  payments into accounts (exhibit EFCC 3) using fictitious names”.

The EFCC further alleged that Saraki, while served as the Executive Governor of Kwara State, withdrew over N12 billion cash from the account of the Kwara State Government and paid directly into his account domiciled in Zenith Bank and others through one of his Personal Assistant, Abdul Adama at different intervals.