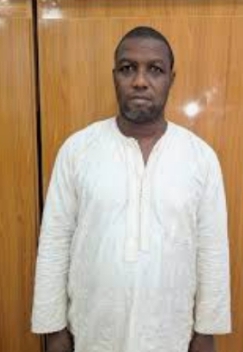 Justice Lewis Allagoa of a Lagos Federal High Court, on Friday, admitted bail to a man, Abayomi Kamaldeen Alaka, who has been in the custody of the Economic and Financial Crimes Commission (EFCC) since November 16, 2022, in the sum of N100 million with one surety in the like sum.

Justice Allagoa admitted bail to the detained man, after granting a motion Exparte filed and argued by his Counsel, Mr. Olalekan Ojo (SAN).

The man, Alaka had dragged both the EFCC and it’s Zonal Head, Mr. Taufiq Sabar, before the court for allegedly detained him since November 16, 2021.

He had therefore asked the court for an interim order directing or releasing him forthwith from from the respondents’ detention, pending the hearing and determination of his substantive suit against the respondents.

At the hearing of the Exparte motion on  November 8, the presiding judge, declined granting the application but ordered the EFCC to show cause today, why the application should not be granted.

He therefore adjourned the matter till today.

At the resumed hearing of the motion today, Ojo (SAN) told the court that at the last hearing of the Exparte motion, the court did ordered the respondents to show cause why the applicant should not be released in the interim.

However, the EFCC’s counsel, M. M. Anana, told the court that his agency had responded to the application by the counter-affidavit filed to the substantive suit.

The applicant’s counsel, Mr. Ojo (SAN) in opposition to the EFCC response, said what the court did ordered the Comminsion was to ‘show cause why his Client, should not be released, not a counter to the substantive suit.

Consequently, Mr. Ojo (SAN) urged the court to exercise it’s discretion in ordering the interim release of the applicant.

Justice Allagoa ordered that the surety who must be gainfully employed, must be owner of landed property within the Court’s jurisdisction. And that the bail terms should be verified by the Court’s registry.