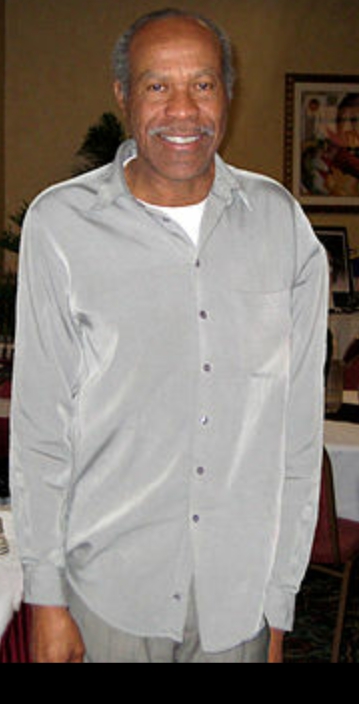 A Lagos Federal High Court, has nullified the suspension of an American trainer to the Athletes Federation of Nigeria (AFN) Mr. Lee Edward Evans, for been unlawful and inconsistent with the natural and justice.

The court presided by Justice Ayokunle  Faji, also quashed the sanctions imposed on the American trainer by the AFN and one Dr. Ken Anugweje, while also restraining them from imposing any sanctions against the American trainer who is also a consultant to the Lagos State, from practicing his trade or profession in Nigeria.

The judge also made an order setting aside the report of the AFN’s anti-doping committee fair hearing panel help on February 17, 2014, for being devoid of fair hearing, speculative and being arrived at in a manner unknown to law.

Justice Faji, also awarded the total sum of N46, 430 million in favour of the former Olympian, being the total money and special damages, which he ought to have earned from the period of four years that his appointment was unlawful suspended.

The trainer, who is also a medical doctor, was suspended on February 17, 2014, by a panel set up by the AFN, after he was alleged to have given a prohibited substance to an athletic, Cecilia Francis, who was said to be a minor.

Not satisfied with the outcome of the panel, the American trainer, instituted a suit against the Attorney; General of the Federation (AGF); Minister of Sports, who is also the chairman, National Sports Commission (NSC); AFN and Dr. Ken Anugweje, who were listed as first to fourth defendants in a suit marked FHC/L/CS/1211/2014.

In the suit, Lee Edward Evans, had asked for 11 reliefs which include: a declaration  that the World Anti-Doping Code, being an international treaty ought to be domesticated into the municipal laws of the National Assembly pursuit to Sections 1 and 12 of the 1999 Constitution of Federal Republic of Nigeria. And a declaration that the ratification of World Anti-doping Code by the executive arm of the Federal Government of Nigeria, without more makes n an incipient, emergent and inchoate piece of legislation with no force of law that is applicable in Nigeria.

A declaration that the World Anti-doping Code cannot be operated upon by any government, organization, body corporate or any individual whatsoever until it is removed from its inchoate sage and domesticated into the municipal laws of the Federation in satisfaction of section 12, of the 1999 Constitution of the Federal Republic of Nigeria. And a declaration the proclamation by the AFN and Dr. Ken (the third and fourth defendants) of sanctions imposed on him to wit: suspension from all AFN’s organised competitions in accordance with the International Association of Athletics Federation rules is unconstitutional remains null and void and of no effect whatsoever, for reasons of not having powers under the laws of the Federal republic of Nigeria, to do so.

He also urged the court for a declaration that the sanction imposed on him by AFN and Dr. Ken, via a letter dated March 12, 2014, is unfounded and was based on mere speculations, therefore unconscionable and calculated to deprived him of his rights as enshrined under the Constitution of the Federal Republic of Nigeria, 1999.
He also asked the court for a declaration that the public announcement of the purported sanctions against him by the AFN and Dr. Ken was calculated to ridicule and tarnish his image in me eyes of the world, knowing fully well that they had no powers to conduct such investigations under a none-existing law in Nigeria. And a declaration that the AFN publication that “he provided her with performance enhancing substances ….” Was done to ridicule the Plaintiff and tarnish his image in the eye of the world

The American trainer cum medical doctor also asked for a court order setting aside the report of the Athletics Federation of Nigeria Anti-Doping Committee fair hearing Panel held on February 17, 2014 at the conference centre, Obafemi Awolowo University, IleIfe, Osun State, same being devoid of fair hearing, and the said the report decision being arrived at in a manner unknown to law, same being speculative, and same arrived at without any conclusive laboratory and medical report implicating him of giving any prohibited substance to anybody including the said Cecilia Francis as well as the urine sample taken from Cecilia Francis not subjected to any laboratory and or medical test analysis showing what WADA banned substance that was found therein, and as a result gm report being null and void, unlawful, and inconsistent with natural; justice.

He equally asked the court for an order quashing the sanctions imposed him by AFN and Dr. Ken, as contained m their letter of March 12, 2014. And a perpetual Injunction restraining both AFN and Dr. Ken from imposing sanctions against him from practicing his trade or profession save upon a lawfully composed committee through the proper use of existing laws of the Federal Republic of Nigeria.

The AFN and Dr. Ken in the defence to the suit, urged the court to dismiss the plaintiff’s suit for lack of jurisdiction.

However, Justice Faji, in a judgment delivered on December 21, 2020, dismissed the defendants’ notice of preliminary objections, while nullified the suspension of the American trainer and also granted the above listed orders.