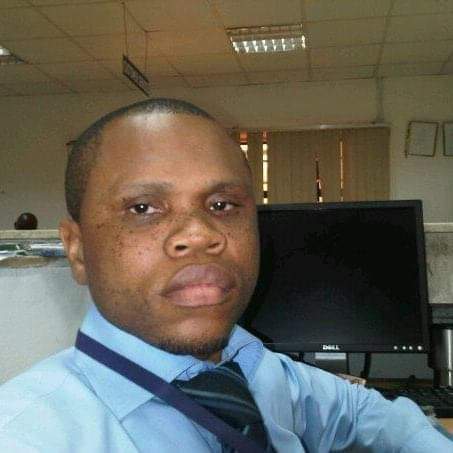 Magistrate F. O. Ikobayo (Mrs) of a Lagos Chief Magistrate’s Court, Ebute-Metta, Lagos, has rejected an application to discharge a staff of Ecobank Plc, Oniegho-Areh Thomson, of charges of conspiracy and stealing of N1 million leveled against him by the police.

Magistrate Ikobayo turned down the application to discharge the banker made by his lawyer, Mr. Oluseyi Olukoga.

Oniegho-Areh, who works with the Apapa branch of the bank, is facing two count charge of conspiracy and alleged stealing of N1 million, belonging to Dr. Majaron Stanley.

The banker and others now at large, were alleged to have committed the offence on April 21, 2015 at about 10.00hrs at Randle Road, Apapa, Lagos

The offences according to the prosecution contravened sections 409 and 278(a)(b) of the criminal laws of Lagos State of Nigeria 2011.

However, the transfer of the matter to Ebute-Metta District of the Court, early this year, the prosecutor, Inspector Haruna Ibrahim, was said to have not been diligent in prosecuting the case.

At the resumed hearing of the matter today, the prosecutor, Inspector Haruna was said to be indisposed, the situation which made counsel to the defendant to urge the court, to discharge his client of the case.

In making the application Olukoga said: “this matter has been on about five yeas ago and the court will see that the defendant was never absent

“The complainant has given evidence and all adjournment have been at the instance of the prosecution. In view of this, I urged the court to discharge my client of the case”.

Also addressing the court on the absence of the prosecutor, Mr. Adewale Fadipe, counsel watching brief for the complainant said: “contrary to the submission of defendant’s counsel, the case is not up to five years, it was instituted in 2017 and since the case has been coming up, the complainant never absent.

“I spoke with the prosecutor and he told me that he will be going for a seminar today, it is on this ground that, we shall be asking for an adjournment”.

Ruling on the application, Magistrate Ikobayo said: “the case is just two years not five years as claimed by defendant’s counsel. Also, from my record, the complainant has been coming since I took over the matter.

“I cannot discharge the defendant now because the complainant is in court today and he has been coming each time the matter came up”.

Before adjourning the matter till February 10, 2020, for further hearing, Magistrate Ikobayo, urged parties to informed prosecutor of the next adjourned date.

The charges against the defendant reads; “that you Oniegho-Areh Thomson ‘M’ with others at large on the 21th day of April, 2015 at about 1000hrs at Randle Road, Apapa, Lagos in the Lagos State magisterial district did conspire together to commit felony to wit stealing and thereby committed an offence punishable under section 409 of the criminal laws of Lagos State of Nigeria 2011.

Count two reads: “that you Oniegho-Areh Thomson ‘M’ with others at large on the date, time and place in the aforementioned magisterial district did steal the cash sum of one million Naira (N1, 000,000.00) only from one Mr. Majaroh Stanley ‘m’ and thereby committed an offence punishable under section 278(a)(b) of the criminal laws of Lagos State of Nigeria 2011”.