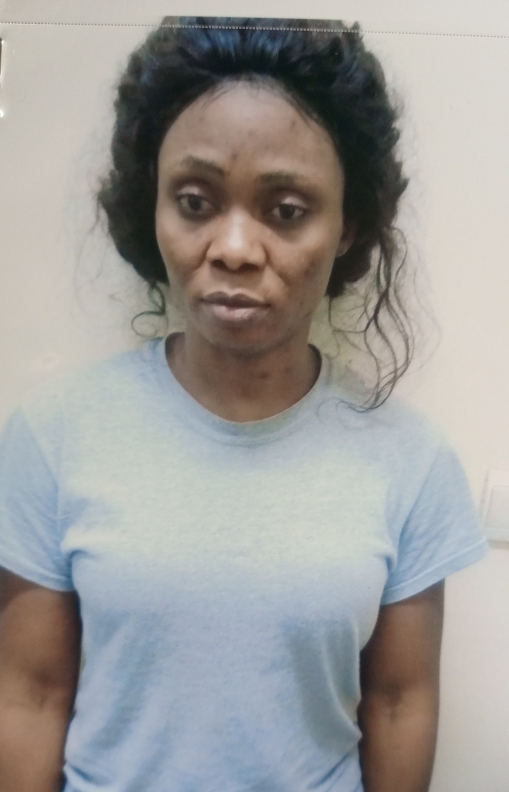 Court Remands Alleged Smuggler Of Cocaine Worth Of N30bn

A Lagos Federal High Court, today, remanded of one, Onyejegbu Ifesinachi Jennifer, for unlawfully imported 28.850 kilograms of cocaine with the market value of N30 billion, from Brazil to Nigeria.

Justice Muhammad Liman ordered the remand of the woman, after she pleaded not guilty to one count charge of engaging in the illicit act.

Jennifer was arraigned before the court presided over by Justice Muhammad Liman, by the National Drugs Law Enforcement Agency (NDLEA).

NDLEA lawyer, Mr. Abu Ibrahim, told the court that the defendant was arrested with the banned substance on January 27, 2021,during the inward clearance of Ethiopian Airline Flight at the E-Arrival Hall of the Murtala Mohammed International Airport, Ikeja-Lagos.
He told the court that the offences committed by the defendant is contrary to section 20 (1) (a) of the National Drug Law Enforcement Agency Cap N30, Laws of the Federation of Nigeria, 2004 and punishable under Section 20 (2) (a) of the of the said Act.
The defendant denied the allegation and pleaded not guilty to the charge.

Delivering ruling on the bail application, Justice Liman held that: “the quantity of the drug is unprecedented high, the street value according to the prosecutor is N30 billion. The quantity and the market value is high…..
“Consequently, the defendant is hereby admitted to bail in the sum of N500 million with two sureties in like sum.
“The sureties are to be landed property owners within the court’s jurisdiction and the property value must be half of the bail sum.
“The defendant is to report at the prosecution office once in a week”.

Justice Liman while adjourning the matter till March 3, for trial, ordered that the defendant be remanded in the custody of Nigerian Correctional Services (NCos)