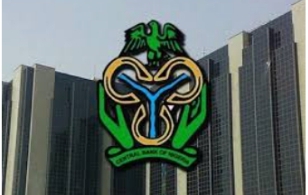 Justice Akintayo Aluko of a Lagos Federal High Court, on Thursday, Strucks out a suit challenging the implementation of Cashless Policy by the Central Bank of Nigeria (CBN).

Justice Aluko struck out on ground of incompetence, lack of proof and absence of jurisdiction.

The plaintiff, Victor Onyegbajo had asked the court for a declaration that the CBN’s Cashless Policy Directive Issued pursuant to the Banks letter of September 17, 2019 with Reference Number PSN/DIR/CON/CW0O/02/014 subjects him who is a member of the Lekki Phase 1 Community in Lekki, Lagos State, to disabilities and/or restrictions to which citizens of Nigeria of other communities are not subject.

The plaintiff also asked for a declaration that the CBN’s Cashless Policy Directive issued pursuant to its letter of September 17, 2019 with Reference Number: PSN/DIR/CON/ CW0O/02/014, is unconstitutional, null and void and of no effect to the extent that it subjected him to disabilities and/or restrictions to which citizens of Nigeria of other communities are not made subject.

He also want the court to make an order of perpetual injunction restraining the CBN from carrying into effect and/or continuing to enforce the Cashless Policy Directive issued pursuant to the letter of September 17, 2019 with Reference Number PSN/DIR/CON/CWO/02/014.

The plaintiff argued that CBN’s Cashless policy and its implementation violates the provision of section 42 (1) (a) (b) of the Constitution of the Federal Republic of Nigeria, 1999 (as amended).

The plaintiff supported his originating summon with 12 paragraph affidavit to which a copy of the Defendant’s letter dated 17/9/2019 with ref. PSN/DIR/CON/CWO/02/014 was attached with the suit.

But CBN in its counter affidavit to the suit filed by it’s lawyers led by Professor Fabian Ajogwu (SAN), asked the court to dismiss the suit for lack of jurisdisction.

CBN through its counsel, Prof. Ajogwu (SAN) listed six grounds for stating that the court lack jurisdisction to entertain the Plaintiff’s suit.

Upon hearing parties on their objections raised by the CBN, and legally weighed the issues raised, Justice Aluko in his judgment delivered on the suit on Thursday (yesterday) held that: “The Defendant has maintained that the circular issued on the 17/9/2019 for the implementation of the cashless policy to all Deposit Money Banks was done or issued in good faith while the Plaintiff contended that same was done in bad faith as the allegation of discrimination against the Defendant embeds a charge of bad faith because the plaintiff sees the touted act of discrimination as not merely illegal but unjust to him.

“It is not in doubt that the defendant by the provision of Section 51 of the CBN Act is imbued with the power to make regulations for the good order and management of the Apex Bank.

“The phrase “good faith” has been defined in the Blacks law dictionary, the 9th edition at page 762 as “faithfulness to one’s duty or obligation, observance of reasonable commercial standards of fair dealing in a given trade or business, absence of intent to defraud or seek unconscionable advantage’. The defendant has stoutly made a case of good faith for itself and endeavoured to justify its action in the issuance of the circular in controversy.

“It is in its case that the cashless policy envisaged in the circular is aimed at reducing the amount of physical cash in the circulation in the economy, to encourage more electronic based transactions, fight corruption and insecurity in the land and strengthening the country’s economy amongst others.

“I have once again examined the circular and the cashless policy prescribed in it. It is obvious that the aims and purpose behind the decision of the Defendant accord with the definition given to the phrase “good faith” in the Blacks law Dictionary.

“I therefore agree with the learned senior counsel for the defendant that the action of the Apex Bank culminating in the issuance of the cashless policy and its implementation can be said to have been done in good faith.

“I hold the considered view that the defendant is entitled to the protection provided in Section 52 of the CBN Act and Section 53 BOFIA.

“Against the background of the foregoing, this issue is resolved in favour of the Defendant against the Plaintiff.

“Coming from the above, I hold the considered view that the case of the plaintiff lacks merit and substance. Same is fundamentally infected with the virus of frivolity and meddlesomeness.

“The plaintiff has failed to prove or substantiate the alleged violation of his fundamental rights or the much touted infraction of Section 42 (1) (a) of the constitution of the Federal Republic of Nigeria, 1999 (as amended). Remedy over the alleged infraction of the fundamental rights of the plaintiff is not available to him as no such case has been successfully made out by him.

“This suit is accordingly struck out on ground of incompetence, lack of proof and absence of Jurisdiction.”