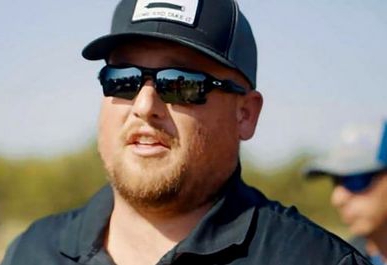 A leader of freedom defenders against mask restriction, Caleb Wallace, has died of Covid-19 related disease.

Caleb, an American from Texas, according to his wife, Jessica, died on Saturday, at age 30.

His wife announced the man’s death on a GoFundMe page that had detailed his fight with COVID-19 the past few weeks.

“Caleb has peacefully passed on. He will forever live in our hearts and minds,” she wrote.

Wallace had been unconscious since August 8, the San Angelo Standard-Times reported.

Caleb Wallace fought against COVID-19 restrictions. (GoFundMe). He lived in San Angelo, about 200 miles northwest of Austin and 90 miles south of Abilene.

Wallace helped organize “The Freedom Rally” on July 4, 2020 — a gathering described in a flyer as a peaceful protest by people “sick of the government being in control of our lives,” the Standard-Times reported.

He also founded “The San Angelo Freedom Defenders,” a group “to educate and empower citizens to make informed choices concerning local, statewide, and national policy and to encourage them to actively participate in their duty to secure God-given and constitutionally protected rights,” the group’s Facebook page stated.

Jessica Wallace said her husband got sick in late July, but “was so hard-headed.”

He then tried unproven ivermectin —a livestock dewormer that has been denounced by the FDA — high doses of vitamin C, zinc aspirin and an inhaler, the Standard-Times reported.

Jessica Wallace told the newspaper she didn’t always share her husband’s views and that she wears a mask.

Caleb is survived by three children and his wife.