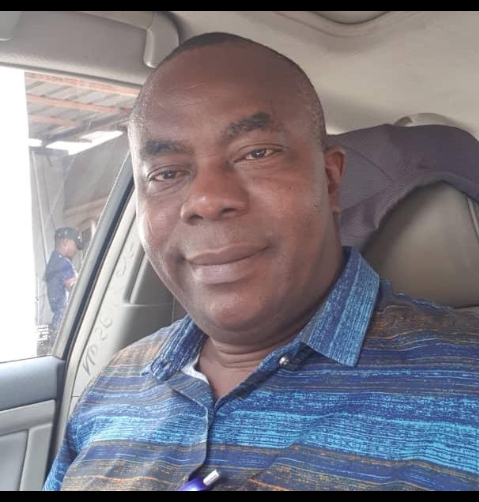 A Nigeria lawyer,  Dania Abdullai  Tony, has threatened to file a law suit against the Economic and Financial Crimes Commission (EFCC), for unilaterally gave out a building seized from the former Petroleum Minister, Diezani Allison-Madueke, Lagos State government, as isolation centre of the patients of COVID-19.

The lawyer also called on the Nigerian Deposit Insurance Corporation (NDIC) to explain to Nigerians how it got the N1 billion donated for COVID-19. And also called on the Central Bank of Nigeria (CBN) and the Accountant-General of the Federation (AGF) to explain to Nigerians how the NDIC came about the said N1 billion; and to also explain how much is the total amount so far donated locally and internationally to the COVID-19 funds in Nigeria,

It would be recalled that the EFCC on last Friday, through its Lagos Zonal Head, Mohammed Rabo, handed over the property comprising of six flats of three bedrooms and a boy’s quarter was forfeited by the former Minister, following and order of a Federal High Court, Lagos, in 2017, to the Lagos State governed for use as isolation centre for COVID-19 patients.

Reacting to the EFCC’s donation, the lawyer in a statement captioned “re: covid-19 EFCC donation of building to the LASG, NDIC donation of N1 billion, FGN investment via agencies and vaccines”, queried the rationale behind the donations without recourse to due process of law.

The lawyer who appreciated the EFCC’s action in fight against the deadly Corona Virus 19, but said the steps taken by the commission in donating the forfeited building is illegal, wrong and a bad precedence.

He therefore called on the EFCC to retract the donation of that building within 7 days from date, or on or before May 27, 2020, failing which, he shall, without any further formal notice, file a legal action against the EFCC, to get a declaration that they have no power or right to donate the building in issue or any building or items so recovered, to any person.

The lawyer’s statement which a copy was emailed to newsdishng.com reads in part: “The intent of the EFCC to assist in the fight against COVID-19 is highly appreciated, but, for God’s sake her recent action is illegal, wrong and is a bad precedent. The EFCC has made progress in error!! It has no power and or right, whatsoever and howsoever,  to unilaterally, donate the building in issue or any other building or items, forfeited and or recovered from Suspects or Defendants or convicts, in the course of its statutory duties,  to the Lagos State Government or any person, whomsoever.
“Why would these Federal Government Agencies conspicuously violate the Law and regularly over-reach their statutory,  legal and even social limits,  with such abandon impunity!!? Why?

“Can the EFCC take out of the funds recovered in the course of its duties and “dash” or donate same, unilaterally, to any person? The answer is a very loud capital NO. Any buildings or properties or items or money forfeited to the Federal Government in Nigeria, via any Agency, including Customs, Immigrations,  Police,  ICPC,  EFCC, AMCON,  NCAA, etc,  belonged to the Federal Government, and not the Agency through which the forfeiture was obtained.

“The Nigerian Customs Service would have as well unilaterally released or dashed out or donate most of the items they seized without recourse to the Presidency.

“AMCON dies almost the same thing now; buys off bad debts and pursue the recovery of same. Where did that N1 Billion donated came from? If the NDIC can donates N1 billion, when it is not in business and has no known investments; and most Agencies, like the EFCC, JAMB, Customs, Immigration, ICPC, etc, rake in Billions of Naira, regularly, then, I think its time, (COVID-19 economic realities) that the FGN inject funds on infrastructures and create the enabling environment to boast investments.

“First, the improvement in electricity power generation and distribution must be radically and vigorously pursued at all fronts; Roads must be rehabilitated and new ones opened with a 15 years pay back guarantee by the local Contractors; improve on the security of lives and properties via an all inclusive approach; further encourage the Banks to grant facilities at cheap rates for investments; discourage corruption/corrupt practices (not only via the EFCC, ICPC, Police, etc,) and seriously enforce compliance with due process,  standard practices,  Law and Order, review upward the salaries and welfare packages of the Police and pay their salaries and gratuities prompt, too; make the Judiciary,  effectively,  practically and constitutionally independent; make education and training (particularly technical training) absolutely free of tuition, with standard Libraries and laboratories, from primary to secondary school levels, and make it compulsory; persuade the Universities, public and or private, to drastically reduce their fees and other charges, generally; give the task to every university or Institution of Higher learning,  public and private, to continually conduct research, to boast technological development; introduce policies to encourage commercial agriculture and the positive exploitation of mineral deposits,  and equally encourage our Industries to utilize and covert our farm products and the mineral deposits, into finished products that can be exported; privatise our Refineries (that alone would save us not less than N100 Billion P/A on subsidy claims,  40% of which are frauds); pursue the elimination or drastic reduction in deliberate unwholesome compromises or corrupt practices among Govt officials,  generally; etc.                                                                  “The EFCC must retract the donation of that building within 7 days from date, or on or before the 27th of May, 2020, failing which, I shall, without any further formal notice, file a legal action against the EFCC, to get a declaration that they have no power or right to donate the building in issue or any building or items so recovered, to any person.

“In the same vein, I call on the NDIC to explain to Nigerians how they got the N1 billion they donated.

“The Central Bank of Nigeria and the Accountant General of Nigeria should explain to Nigerians how the NDIC came about the said (free) N1 billion; and to also explain how much is the total amount so far donated locally and internationally to the COVID-19 funds in Nigeria,  since March 2020 till date; and to explain the essence of the “NEW” COVID-19 trust funds scheme, which our Vice President,  recently declared to have been created. COVID-19 would soon disappear or would be accommodated like malaria (with a new World order).
“Finally, the National Assembly has a right to make Law, they are representatives of Masses,  and despite the loud protest from the Masses, they want to force a vaccine on us. A vaccine that have been so manifestly discredited by Scientist and medical doctors. We have a right to challenge any Law that contradicts the Constitution. Members of NASS do not consult or conduct a mini-referendum in their constituency, to objectively ascertain the position of the masses on important issues of National interest,  yet, they collect Millions as constituency projects allowances.

“They should learn from the very recent decision of the Supreme Court upholding the supremacy of the Constitution over any other Law which tend to contradict the Constitution”.